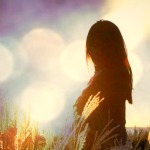 One of the most important lessons I have learned in this lifetime is that "the only constant in life is change." For some people this is a difficult concept to accept, as they find comfort in establishing a sense of order based on the belief that life can be structured into small bundles, which can be attended to when and if the person chooses.

Yet, even for these people who work so hard to create order in their life, the day comes where the world as they know it comes crashing down and they are thrust into a situation that cannot be readily explained or categorized.

When this experience occurs, the person is at a pivotal moment where they can accept and perhaps even embrace change as a necessary part of life. The realization also sinks in that as one overcomes difficult circumstances, the end result is a stronger person who has learned valuable lessons and is better for having gone through the process.

Right now in the world, we are experiencing tremendous change on the economic, political, and spiritual levels. Many are embracing the words of Gandhi, who said, "You must be the change you wish to see in the world." Part of how and why so many changes are happening around the world (including revolutions, the overthrow of tyrannical leaders, group protests, and people in general speaking their mind) has to do with the evolution of consciousness that is occurring in each person energetically.

The ancient mystery schools of Egypt and Greece taught a hermetic axiom described as, "As Above, So Below," which explained that our higher self and consciousness exists in the spiritual planes located above the earth plane. In these higher planes, the essence of each person remains aware of why the soul was sent back to experience life on the earth plane. In order to assist with the process the higher self sends energy, thoughts, and ideas into the consciousness of the soul on earth. This information filters down through the various planes, entering into the aura and energy bodies surrounding each person, where the information is disseminated and absorbed.

In my work as an intuitive empath, wisdom teacher, and someone who sees auras, I’m very aware of energy and its impact on each person. At this time, humanity is undergoing a tremendous growth period, which is connected to the earthly changes worldwide. In a sense we are experiencing an awakening, which is occurring simultaneously during a great astrological change. We are ending a patriarchal cycle and are entering into a new matriarchal cycle, described as the energy of the Divine Feminine. In this new cycle, the old patterns of greed, domination, and control can no longer exist. We are expelling this energy from ourselves as well as removing it from the world. It simply cannot energetically exist in its current form during the new cycle being created at this time.

Though change is inevitable, there are those who are resistant to change and fear what they may lose when change occurs, including their sense of control. These souls cannot help but to lash out in fear and attempt to stop the progress they fear is destroying the life they know. Even if they truly could admit that the life they are leading is not so great, they still would resist moving towards something new, out of the fear that it would be beyond their control.

I am watching this struggle in the global consciousness and in the aura and energy bodies of people as we undergo these life-altering changes. In many people I see that they are opening their heart chakras and embracing the new energy, which is allowing their auric body to expand and accept a new download of spiritual energy that is cleansing their auric body as it enters their system. The side effects of this energy include: enhanced intuition, a deeper connection to each person they encounter, and a stronger bond to the global consciousness of humanity. The additional side effect, which some people perceive as negative, is that with this expansion of energy and awareness also comes the sense of dissatisfaction with the status quo in their lives.

Many find that they are no longer content in their current careers and vocations and they no longer desire to live in the manner they had once accepted as the way it had to be. They are filled with a burning desire to leave their jobs and pursue a calling or passion, yet are unsure how to go about making a living in this capacity. The younger generations have opened their aura bodies to the point that they are stunned at the state of the world and many times are incapable of understanding how the elders on earth allowed things to degrade to such a messy and repulsive state. They find it difficult to tolerate this negative environment, and their desire for change is so great that they are willing to live without in order to correct the course humanity has taken.

In the auric energy fields, I have been observing a conscious evolutionary process throughout the past decade. These energetic changes are so dramatic that it led me to write the book The Awakened Aura: Experiencing the Evolution of Your Energy Body.

I am watching the evolution of our spiritual selves as seen through the aura. The aura is expanding in size and cords made from focused light and energy are being built and structured around the physical body. These energy cords help to direct the energy from the spiritual planes into the aura body and then flow inward into the physical body, connecting with the chakras and various organs.

These cords are vibrating with energy, and as the cords expand, more light and energy is able to enter the aura bodies. Think of it as an upgrade to our system to move and transfer energy, like the difference between having the old sluggish dial-up modem on a computer versus today’s high speed Internet.

Some of the cords are expanding rapidly in size, particularly in the solar plexus chakra area and in the heart chakra area. The solar plexus cord assists in releasing and purging negative energy, thoughts, and emotions from the aura and away from the physical body, removing karmic obstacles as quickly as it can. In some people, this cord is large and working overtime to release energy, and in others it has become very small and is in the process of drying up (similar to how the umbilical cord dries up and falls off of a baby).

In some people, I see multiple cords coming from the heart chakra area, assisting with greater understanding of unconditional love and compassion. In some, I have seen these cords energetically connecting through the higher realms, into a mastery level of consciousness, where the person literally is giving their "full support" to an endeavor or ideal; in this sense, they are extending their energetic support to the work or cause. This continues to evolve on a consciousness level. As it does, people will further understand how to connect their energy to the work they do and see the results of what deeply focusing their energy into something can truly produce. This will create a sense of tremendous satisfaction for many people as they truly pour their heart into their work and creations.

As we achieve this ability, the possibilities are truly astounding as to what we can create and produce as conscious creators. We will be able to connect with others to assist in healing, both on physical and emotional levels, as well as to feel love on an even deeper sensory level. The concept of love will grow to an even more profound level as we experience the feeling through six senses and throughout each energy body. As we are able to sense the thoughts and feelings of others, it will become more difficult to lie to another person, as we will feel the effect of what it does to them and they will sense the lower energy coming from us as we speak an untruth.

People will see and sense auras not just in people, but also in nature, in animals, and in the elements. As this Divine Feminine cycle returns, a connection with the elementals will reappear, as it will feel safe again for the elementals to show themselves on the earth plane and connect with some humans.

The evolution of our aura energy bodies has begun. I have seen auras around people since childhood, but in the past ten years, what I have seen and experienced growing in the aura body is new and unique and the progress appears to be doubling each year. This has led me in my work as an Auracle (Aura + Oracle = Auracle) to make this prediction:

"In this new decade, we are moving into a new Age of Enlightenment. The Aquarian information from the gods can no longer be contained, the Divine Feminine is being released in all her glory, and we will once again see a Renaissance period, where great art, architecture, philosophy, literature, and science will develop and flourish. During this decade the greatest minds will stir, to share, to illuminate, and to build and create works and ideas that will be marveled around the world."

To get a jump-start on what is coming for the world the greatest preparation you can do is to accept and embrace change and prepare consciously to open to the changes in your aura body. In my book, The Awakened Aura: Experiencing the Evolution of Your Energy Body, I explain what is happening to each person’s aura and energy bodies and provide information on what you can do to assist your mind, body, and spirit as they undergo these changes. This includes exercises on how to repair and restore the aura if needed and how to create a stronger auric field, which can hold and store more energy to allow you to evolve into the super-natural highly evolved being that you are meant to be.

I have seen the future and the future is bright; we are on our way to becoming super-powered beings of light. While we may have to move some obstacles out of our way on the journey, our destiny awaits in this new cycle and era of change.