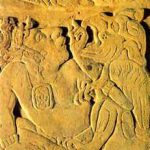 Three Theories to Explain the Chupacabra, by Nick Redfern

In early 1995, the people of the Caribbean island of Puerto Rico were plunged into states of fear and hysteria. There was a very good reason for that: a terrifying, deadly monster was on the loose. It quickly, and famously, became known as the chupacabra. Things began in March, and in appropriately weird and menacing fashion. Farm animals, predominantly goats and chickens, were found dead in the towns of Orocovis and Morovis. Puncture wounds to the necks of the unfortunate animals were the beast's collective calling-card. Rumors quickly circulated that whatever the culprit was, it drained the blood from those it attacked and killed. We're talking about vampires.

One of the reasons why the mystery took such a quick and unrelenting hold was because for the first five months the deadly predator remained out of sight. Yes, there were dozens of animals that fell victim to its attacks, but no one actually saw the monster that was responsible. Whatever it was, it was intelligent and skillful enough to avoid detection. That all changed in August, 1995, however, when a woman named Madelyne Tolentino had the good fortune (or, perhaps, misfortune) to encounter the beast up close and personal.

"Nightmarish" scarcely begins to describe the appearance of the thing that lurked in the vicinity of her mother's home, in Canovanas. It was roughly three feet tall, ran on two legs—albeit in a strange, hopping fashion—and had a row of menacing-looking spikes that extended from its head to its back. Then there were the razor-sharp fangs that dominated its mouth. It was not unlike something straight out of the pages of an H.P. Lovecraft novel. What had begun as an odd and unsettling mystery was now a full-blown phenomenon.

Of course, just like Bigfoot in the United States, and long-necked Nessie of Loch Ness, Scotland, the monster of Puerto Rico needed its very own name to make it famous. "Chupacabra" was a highly appropriate one; it's a Spanish word that translates into English as "goat-sucker." Puerto Rico's press and television news made the blood-sucker a media sensation. Monster hunters were practically foaming at the mouth with excitement. UFO seekers suggested that a homicidal extraterrestrial was on the loose.

Such was the speed with which the stories of the chupacabra caught peoples' attention, and in no time at all the accounts reached the US mainland. The British media picked up on it, as did countless other worldwide news outlets. Things were soon taken to a whole new level, when it was reported that the chupacabra was on the move. In the years that followed, the creature reportedly found its way to Mexico, Chile, Brazil, and Texas. And wherever the beast surfaced, it wasn't long before violent killings occurred.

I personally became interested in the chupacabra puzzle in 1996, when a great deal of coverage was given to the Puerto Rican blood-sucker by various UFO- and paranormal-themed magazines, newsletters, and journals. It was not until 2004, however, that I finally had the opportunity to visit Puerto Rico myself and do my utmost to find and identify the chupacabra. Since then, I have returned to the island on numerous occasions, most recently in the summer of 2013.

I have spoken to veterinarians who have autopsied animals killed by the goat-sucker. I have chatted with police officers and civil defense workers who fully believe in the existence of the mysterious animal. And I have interviewed angry and frightened farmers, all fearful of the terrifying thing that, they believe, hides out in Puerto Rico's El Yunque rainforest by day, and surfaces to hunt by night and under a camouflage of darkness. The culmination of all my research is my book, Chupacabra Road Trip.

Clearly something is going on. But what? My many expeditions to Puerto Rico have revealed to me something notable: there are three primary theories for what the chupacabra is. Yes, there are slight variations on those theories, largely depending on the witness and the location. But, they basically read like this:

Yes, there are other theories too, such as giant bats, surviving relics from the Jurassic era, and packs of wild dogs. But, let's focus on the most popular angles. We'll begin with E.T. Or, as I call it, "Close Encounters of the Bloody Kind."

It's hardly surprising that the theory the chupacabra has extraterrestrial origins has surfaced and taken hold. Indeed, from the early to late 1990s, numerous stories surfaced out of Puerto Rico of UFO sightings, alien abductions, reports of Roswell-style UFO crashes, government cover-ups, and the kinds of things that would have made Mulder and Scully drool. There were even stories of underground bases, in which abducted people were being subjected to terrifying experiments by evil aliens. How many of these stories are true, is anyone's guess. But, I have heard more than a few of them—and from highly credible sources, too.

The theory, in many respects, is not dissimilar to that presented in Predator, a 1987 movie starring Arnold Schwarzenegger, in which a deadly alien decides to go on safari in the jungles of Central America. Unfortunately for Schwarzenegger's character, Dutch, and his military unit, the predator of the title has a thing for hunting and killing humans.

I have to say that the number of Puerto Ricans who believe the chupacabra to be a creature that hunts on the island, but which has its home in the stars, is considerable. I know that for one very good reason: I've spoken to them. And maybe they are right on target. When it comes to the investigation of paranormal phenomena, the most important people are the witnesses. Without them we have nothing to go on. And, when the people of Puerto Rico tell me they know the chupacabra is extraterrestrial, I show respect and I listen carefully.

Moving on to the matter of secret genetic experimentation: this is where things become really controversial—even, perhaps, more controversial than the theory that the chupacabra is a killing-machine from another world. Time and time again, I have been exposed to stories of diabolical experimentation undertaken on Puerto Rico, to turn the likes of chimpanzees, gorillas, and monkeys into something else entirely.

Imagine a chimpanzee—which, as they reach adulthood, can become extremely dangerous—subjected to bizarre, freakish, genetic operations. Then, inject it with carefully distilled chemical cocktails to keep it in a constant state of rage. And, finally, use Puerto Rico as a testing-ground to determine just how deadly and dangerous such a Frankenstein-like creation could be. As for the "why?" factor in all of this, the story told to me over and over is that military-run programs are trying to create the ultimate killer, one that could be released onto battlefields—and in hundreds or thousands, no less—and slaughter enemy troops with barely a bullet fired, or a missile launched.

True? Who knows? But, on Puerto Rico, it's an enduring, unsettling scenario.

And, finally, there is the supernatural explanation. While this particularly theory is certainly not as popular as those that revolve around aliens and secret government experiments, it most assuredly has its supporters. It's a theory I spent a great deal of time investigating on Puerto Rico from 2007 to 2009. What I discovered was something as bizarre as it was amazing. There is also the fact that this theory, more than any other, was one which led people to be very guarded, worried, and even frightened about saying too much.

More than a few sources I spoke with, while exploring Puerto Rico and investigating the phenomenon of the chupacabra, suggested that if I wanted to learn the truth of the monster, I should stop focusing on extraterrestrials and futuristic genetic programs. The truth, they claimed, was much weirder. The chupacabra, the theory goes, is something that dwells in another realm, one of supernatural proportions. And if one knows how to perform certain occult-driven rituals, one can quite literally conjure up the chupacabra and have it manifest in our reality.

On several occasions, I was told of infernal rites, secretly held by robed figures in the heart of El Yunque in the dead of night. And of farm animals—such as goats and chickens—sacrificed as a means to invoke the chupacabra. Unleashing the genie from the bottle, so to speak, allegedly proved to be not at all difficult. Returning it to the bottle, however, proved to be an impossible task. Let loose in Puerto Rico—and all thanks to dangerous dabbling in the world of the paranormal—the chupacabra took a great liking to its new environment and had no intention of leaving it behind.

What do I personally think of this theory? Well, I know enough—and I have seen enough, too—to make me conclude the dark domain of the supernatural is a very real one. It's one that should not be accessed recklessly. The chupacabra: a supernatural monster? Don't bet against it.

And there we have it: three theories for a creature (a phenomenon, some might say) that has become just about as legendary as Bigfoot, the Abominable Snowman, and Mothman. My mind remains open on the true identity of the chupacabra, but that it exists in some form I do not doubt at all. One day, perhaps, I will finally be able to confront my nemesis, face-to-face, and secure the answers I have sought for so long.