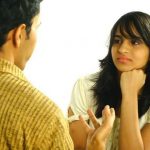 An Excerpt from Succulent Wild Love by SARK and Dr. John Waddell

You have a constant stream of thoughts running through your mind, and we use the term “inner critics” to describe the thoughts that criticize you or tell you that you should be ashamed or feel guilty if you do what you want to do.

When you were growing up, basically well-meaning people taught you when to feel shame and guilt, and criticized you to get you to do what they wanted. Part of the information you took in about how to function in the world included these beliefs about who you “should” be and how you “should” behave.

After a while, these external voices became inner voices. And in many ways they were helpful. They reminded you what the rules were so you could avoid getting punished. They motivated you to achieve things so the people with authority would reward you. They protected you in a world where everyone was much bigger.

Now that you’re older, you have the ability to evaluate what is genuinely best for you and no longer need to rely on others to do that for you. But these clusters of beliefs are still in your head and often demand that you listen to them and do what they say.

They aren’t as useful to you now as they were when you were small. In fact, they can block you from taking actions that would truly nourish you. They were given to you by the authorities in your life based on their view of the world, one that isn’t necessarily best for you, especially the adult you.

Listening to these voices without questioning them, the same way you did when you were small, leads to unnecessary guilt and shame, and decisions that don’t serve who you are now. Additionally, in a relationship, if your partner echoes what your inner critics are saying, those criticisms can have tremendous power to affect you.

For example, if your partner says you should become a mountain climber to get more exercise, chances are this would not echo an inner critic. Few of us have been told that we need to climb mountains to be better people. If you had an interest in climbing, you might look into it. If not, you would simply ignore the suggestion, though you might wonder why your partner would encourage you to do this.

But if your partner says you should do something that echoes what an inner critic has told you — for example, that you should lose weight or get a better job or stop playing video games or eat differently, just to name a few common inner-critic beliefs — your response would likely be much more emotional.

You might be upset with your partner for saying that. You might feel defensive or down on yourself and pressured to do what they said. It would look and feel like your partner evoked those feelings, when in reality it was your inner critics. Sometimes even mild disappointment from someone whose opinion you value can be experienced as severe criticism because it empowers your inner critics.

Using the Inner Critic Care System, you will be able to identify the thoughts in your head that speak critically to you or evoke guilt and shame, so when others echo them you can address your inner voices directly rather than trying to change the other person or having them dictate what you should do.

It doesn’t work to deny, repress, or ignore inner critics — if you do, their messages will only get louder and larger inside your head and project outward. Self-critical dialogue is extremely debilitating, not only in love relationships but at work and as you go about living your life.

Once you are able to deal with your inner critics effectively, you can look into others’ suggestions if they appeal to you, ignore them if not, and realize that their opinions and desires have more to do with them than you. You will be less affected by others’ judgments about you and be able to respond to them more harmoniously.

It isn’t that you might not want to make changes or improvements in your life, it’s that you don’t need to be bullied or criticized into doing so. Knowing how to manage inner critics and care for yourself at the same time will give you tremendous advantages in every area of your life.

Your inner critics don’t just criticize you, they also criticize everyone around you. Not only do you need to live up to their standards, often so does everyone else. So you might find yourself speaking for your inner critics and making judgments about your partner. And if their inner critics match yours, your partner is likely to respond defensively. You might even get into a big fight, when in reality it’s the inner critics in each of you fighting with the other’s.

The idea is for your adult self — we call it your Aware Self — to be in charge of your decisions, not your inner critics. Most of us start out so merged with our inner critics that we can’t see them. We might say things like, “That’s just the way I am, I’ve always been that way,” or, “I know I have flaws and should do better,” or, “Loving just isn’t easy for me — I always find faults and flaws in whomever I’m with.”

If the idea of inner critics is brand new to you, your first opportunity is to become aware of them. Begin to notice your inner dialogue. Is it critical of you or anyone else? Anything that implies that you or someone around you “should” be doing something different, or that you (or they) are bad, wrong, flawed, or unlovable as you are, is the voice of an inner critic.

Often, our thoughts move so quickly that we miss them. The easiest way to know that an inner critic has turned on you is by how you feel. If you’re angry at someone for criticizing you, if you feel that you should be different, if you feel down on yourself, and especially if you’re defending yourself — these are all signs of inner critics.

You can work from the feelings back to the thoughts. Allow yourself to be aware of the uncomfortable feelings and see if you can connect thoughts to them. They could be something like, “You’ll never find love,” or, “You should be better,” or, “You always ______.” The words “should,” “never,” and “always” are particular favorites of inner critics.

SARK (Susan Ariel Rainbow Kennedy) and Dr. John Waddell are the authors of Succulent Wild Love. SARK is a best-selling author and artist, with sixteen titles in print and well over two million books sold. Dr. John has been helping individuals and couples lead happier lives for over 30 years through his clinical psychology practice and metaphysical teachings. Visit them online at PlanetSARK.com.