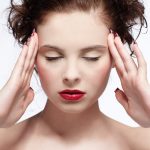 The Brain and the Mind, by Douglas de Long

The mind of man is capable of anything&mdash because everything is in it, all the past as well as the future.
~Joseph Conrad, Heart of Darkness

Most people think of the brain and the mind as being one and the same thing. Doctors, scientists, and other highly trained persons share this belief. People from all walks of life use the words "brain" and "mind" interchangeably. In reality, they are two separate and distinct creations. The brain is a biochemical organ – a part of the human body. The mind, on the other hand, is a psychic organ that is attached to the human soul. Both the soul and the mind are connected to the Creator and the heavenly realms.

The mind, a part of the human soul, has a profound influence upon the brain, the nervous system, the body, and all organs and glands. It is the mind that gives all of you the sense of cognition and a sense of beingness. The physical and the psychic are linked so closely together that one does not function without the other. The physical organs and the psychic organs work together in a harmonious relationship. There is a Divine Intelligence from above that orchestrates all of this. This intelligence is part of the Creator or God source.

On a physical level, the human brain consists of four principal parts: the brain stem, diencephalons (consisting of the thalamus and hypothalamus), cerebrum, and cerebellum. Although all four are important, we'll be discussing the cerebrum. Found in the upper area directly beneath the top of the skull, the cerebrum is the largest part of the brain. The surface area of the cerebrum is known as the cerebral cortex or neo-cortex. Billions of neurons are contained in the neo-cortex. On an evolutionary scale, this is the most recently evolved or developed area of the human brain.

A spiritually awakened or enlightened person can work with this energy. Through meditation and other techniques such as tai chi and dancing, the individual can sometimes feel this universal energy on the top of the head as a warm, pleasant feeling. This means that the crown chakra or energy center has "opened up." As the universal energy expands downwards into the brain itself, tingling sensations will be felt all over the head and within. This is an indication that the chi or universal energy (which is also known as divine light) has stimulated the neo-cortex causing many neurons to "fire." These firing neurons send electrical energy to other parts of the brain, in particular the rest of the cerebrum. The divine light also travels to these areas of the brain during this event.

The cerebrum is considered the seat of intelligence where higher processes of human thought exist. The abilities to read, write, speak, and make calculations exist in this important part of the human brain. The creation of music, works of art, and philosophical thought originate from the cerebrum. In other words, some of your creative abilities are stored here. Always remember that it is the mind, as part of your eternal soul connected to the energy of the Creator above that directs and allows those abilities to manifest on the physical level via the cerebrum.

As electrical energy and divine light enter these areas of the neo-cortex and cerebrum, brain cells that have lain dormant for a long time are stimulated. These cells become active and start to perform their designated functions or tasks. As a human being you only use about 10% of your potential brain capacity. When the neurons fire and these cells become activated, you start to use more of your mental or brain capacity. Thus, instead of using 10%, you increase your capacity to 20% or even 30%.

There are parts of the brain that contain psychic abilities such as precognition, déjà vu, past life recall, clairaudience, and clairvoyance. As mentioned earlier, the cerebrum and the neo-cortex make up the majority of the brain. It is here that many of your psychic abilities are contained and merely lie dormant. The brain cells within these areas, when activated, will awaken these psychic abilities and gifts. This is partly why spiritual enlightenment and divine inspiration occur when the crown chakra is opened and activated. Divine light and wisdom enter into the crown energy center as well as energizing these areas of the brain.

As you become more spiritually awakened or enlightened, you begin to reach your full potential as a human being. Not only will you use a greater portion of your brain capacity and increase your IQ level, you will also use many of your psychic and spiritual abilities. This is the goal that a person on a spiritual path strives to attain.

An additional benefit is that the power of the mind becomes greater. Many enlightened individuals use this enhanced power in a very positive way. The ability to manifest or create beneficial things in one's life increases. You develop the potential to direct or control more of your own life and your own destiny. Think of this example: Consider your life as a ship upon the sea of destiny. Instead of being a person aboard a wind tossed ship on a rough sea, you are a captain and pilot directing your ship to your desired destination.

Truly gifted teachers, counselors, and healers are enlightened or awakened. They use more of their brain capacity and the power of their minds. They can influence people in a loving and beneficial way. These enlightened people use the infinite power of the human mind to help humanity.