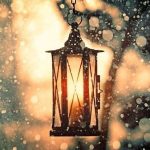 Do you know the history and origin of Christmas? The traditions that you hold near and dear may not be as old as you think they are. Early Christians didn’t celebrate birthdays and the actual birth date of Jesus is still unknown. Some astrologers and historians have surmised that the location of the star over Bethlehem and the presence of lambs in the story represent a spring birth, but the actual date was never recorded. (For more information on this topic, check out my interview with Courtney Roberts, about her book and research on The Star of the Magi on the Explore Your Spirit with Kala Show.)

The origin of this holiday comes from over 2000 years ago, originating in northern Europe. The holiday began as a pagan tradition known as Yule, which was celebrated for 12 days. During this time, Scandinavian people celebrated the Norse God Odin, a bearded god who flew through the air on a horse and handed out gifts. The Pagan Romans held a seven-day festival of Saturnalia beginning on December 17th, which included the celebration of the God Mithras, who was born on December 25th. They exchanged gifts, enjoyed feasts and once this festival culminated, the New Year festivities began. Are any of these customs beginning to sound familiar?

Yule is a festival of light, with twelve days of feasting and public celebrations. A large Yule log was kept burning throughout the twelve days to symbolize the returning of the light and the Sun after the darkest day of the year on Winter Solstice. Later, candles were added to keep the light burning, along with oil-burning in lamps to symbolize the eternal light. Modern day examples of how we celebrate these pagan traditions today include candles in the windows of our homes and what we now call Christmas lights, which we hang on a Christmas tree (our modern adaptation of the yule log and evergreen branches that the ancient Europeans brought into their homes).

In the 4th century, Rome changed from a pagan society to a Christian society and the church began to replace and absorb pagan traditions. Since there was already a holiday in place to celebrate the birth of the God Mithras, the decision was made to switch this birthday and dedicate the day as a symbolic birth date for Jesus. The Roman Catholic Church holds a ritualistic midnight mass for this event, which became Christ’s Mass, i.e. Christmas.
Like many pagan traditions under siege in the attempt to be absorbed and overwritten by the church, the campaign was met with mixed success. The European people continued their own traditional pagan celebrations and simply added the new religious connotations into the mix. Over the centuries, the festivals, feasts, gift giving and celebrations continued including the adoption of medieval carolers who went door to door singing while enjoying a cup of alcoholic punch at each stop.

The festivals continued in this manner until around the 17th century when Protestant reformers decided that Christmas should be banned. Their reasoning was based on the premise that the holiday was built upon pagan traditions, which were then further embellished by the Catholic church with the adopted birthday celebration on December 25th. Both the pagan revelry and the Catholic traditions, were customs that they wanted no part of and they were able to ban Christmas in England. This only lasted for a few years, but many people who held this protestant belief moved during the 17th century to America, the New World, and brought their religious beliefs with them. They were the Puritan settlers who formed the colony of Massachusetts. In 1659, they banned Christmas as a holiday in Massachusetts. As new settlers including Catholics, Pagans, the Irish, Scottish, Dutch and others with moderate religious beliefs migrated to America establishing colonies in New York, Virginia and other Atlantic states, they brought their Christmas traditions and festivities with them and the celebration of Christmas was restored in the U.S.

How do we celebrate Christmas today? According to the History Channel’s documentary, The Real Story of Christmas, the preservation and evolution is credited to two influential Americans. The first is Clement Moore, who in 1822 wrote Twas the Night Before Christmas, which gave inspiration to new customs for the holiday, based on old world traditions. Moore combined the white bearded Norse God Odin who flew through the air handing out gifts with St. Nicholas, a 4th century Catholic bishop who was known for gift giving in stockings and the two were then melded with Sinter Klaas, the Dutch version of St. Nicholas. Odin was known as the God of Thunder and was said to have flown on a horse with eight legs. Moore substituted Odin’s eight-legged horse into eight reindeer, which he gave individual names including Donner, which means thunder, and Blitzen, which means lightning. He also combined old European stories of elves, making Santa Claus a wizard like magical elf.

The second influential figure was Thomas Nast, a famous illustrator who created the images of the donkey and the elephant for the Republican and Democratic parties and created the image of Uncle Sam. In 1862, Nast took Moore’s poetic descriptions of Santa and drew the illustration of Santa Claus. He changed the image of Santa Claus from a smaller elf into a full size elf man with a white beard. He also created the concept of St. Nick’s naughty or nice list. (A lesser-known fact about St. Nicholas was that the original story of St. Nicholas said that when he visited houses, he was followed by a demon named Krampus who punished bad children). Nast glossed over this story by creating a gentler naughty or nice list. Nast also captivated his audience by capturing the growing sentiment of this time where children were becoming the focus of the family and thus Santa Claus was very attentive to children, bringing them gifts.

From the light filled traditions and festivals of the ancient Europeans, to the migration of Odin into Santa Claus and the bringing in of the evergreens from northern Europe morphing into the Christmas tree, Christmas as a holiday has continued to evolve. The Industrial Revolution provided the opportunity for a variety of goods and products to become mass produced and accessible to consumers. Soon after, gift giving for the holiday began in earnest and became the American staple of the holiday that is widely celebrated today.
The holiday season continues to mix old and new, with a rise of neo-paganism bringing a resurgence of old traditions. This along with a growing distaste of Black Friday shopping complete with people fighting and trampling others over bargain gifts and thousands of Americans going into debt each year with over-the top gift giving, may stimulate an entire new series of traditions and festivities in the 21st century.

Kala Ambrose is an award-winning author, intuitive and talk show host of the Explore Your Spirit with Kala Show. Kala’s book, 9 Life Altering Lessons: Secrets of the Mystery Schools Unveiled delves into the mysteries of ancient Egyptian mystery schools and explains their wisdom teachings. Kala Ambrose is a highly interactive teacher on a mission to educate, entertain and inspire. She lectures on the Ancient Wisdom Teachings of Egypt and the Mystery Schools, Working with Auras, Chakras and Energy Fields, and Wise Woman Wisdom. Learn more about Kala at Explore Your Spirit.