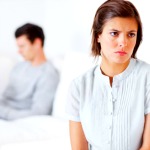 In the opening scene of the movie Mr. and Mrs. Smith, we find the couple in a therapy session. Mrs. Smith tells the therapist, There’s this huge space between us, and it just keeps filling up with everything that we don’t say to each other.

My friend Carol owns a successful business she has built over many years with her executive assistant Marcia. In general, the two women are good friends, but recently they had an argument. Marcia told Carol, I am still deeply hurt by what you said to me a few years ago.

Carol was stunned. She couldn’t imagine what she had said that had disturbed her friend so much. Please tell me what I said that hurt you, she asked, wishing to rectify the problem.

Marcia shook her head. I’d rather not tell you.

Marcia’s response indicates her hidden agenda to keep the problem in force. If she truly intended to heal her pain and maintain the best possible relationship with her friend, she would have revealed the incident by which she felt hurt. Then the two could have processed the experience until they came to resolution around it.

Marcia’s investment in holding on to the grudge instead of releasing it indicates that she held it as a treasured wound. She perceived a payoff for feeling slighted: she got to be right at the expense of Carol being wrong, and maintain a victim identity. Marcia knew that if she held the experience up to the light, it would dissolve. But she chose instead to keep it in the dark so she could continue to claim it. This perceived payoff kept the relationship, or at least a portion of it, underground, and impeded the friends from moving ahead together. One day the issue will be resolved, but only when Marcia perceives a greater benefit in releasing it than clinging to it.

Fear regards light as an enemy. Michael Pritchard declared, Fear is that little darkroom where negatives are developed. Love, by contrast, is willing and eager to bring all things into the spectrum of greater awareness. If your intention is to heal, you can hold anything up to the light and it will serve the healing process. We have heard, the truth hurts, but the only thing truth hurts is illusions. Compassionately expressed, honesty works in your favor and that of those you touch. It has been said, Those who are brutally honest are more interested in brutality than honesty. Any communication delivered with love begets loving results.

What we withhold from relationships is what keeps us feeling separate and alone. I’m not suggesting that you tell everyone everything all the time; relationships can be damaged by too much information. I am suggesting that the important things need to be shared. If emotional pain is standing between you and your friend, putting it on the table can dissolve it. But take care how you share it, and why. If your intention is to punish your partner, be right, or fuel the same argument you have been having for years, you are better off keeping your mouth shut. If, however, your intention is to dissolve upset, come closer to your partner, and deepen your relationship, your communication will serve as a gift to both of you.

Your experience in all relationships is the result of your intention. You use relationships to project what you want to make of them. Some people create relationships to be a source of deep reward and soul fulfillment. Others use relationships to intensify discord, separateness, loneliness, combat, and pain. The good news is that even if one of your relationships, or many, have been horrid, you have to power to shift any of them by choosing harmony over discord. Your well-being does not depend on the other person’s actions or attitude; it depends on your choice. The other person may continue to choose upset, but if you choose peace, you have mastered the situation and bestowed upon yourself the only gift worth gleaning from it. When you choose peace for yourself, you invite the other person to meet you on higher ground.

The key to healing relationships is joining – finding common ground on which you and your friend are unified. In my book Happily Even After, I interviewed couples who had been steeped in bitter acrimony as a result of a breakup or divorce, and then found ways to harmonize and support each other. The most common theme I discovered was that couples who had children agreed that they both wanted the best for their children, which gave them a shared purpose and opened a door to joining. To heal a relationship you don’t have to have children, but you do need a vision of connectedness. We are in this together, so let’s do what we can to make it a happy ride for everyone involved.

In the world of separation, there seems to be a huge space between us. What we fill it with makes all the difference.

Alan Cohen is the author of Enough Already: The Power of Radical Contentment. If you would like to become a professional life coach or incorporate life coaching skills in your career or personal life, join Alan’s celebrated Life Coach Training Program beginning March 4, 2014. For more information about this program, Alan’s books, free daily inspirational quotes, and his weekly radio show, visit alancohen.com or email info@alancohen.com.