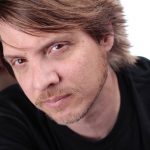 As long as you have a goal that has not yet been met, you suffer. There is dissonance between you as you are right now and you as you think you’ll be once your desire is met. You feel incomplete. It’s like being hungry. You think you need to accumulate or acquire whatever you desire in order to complete yourself.

But you’re wrong if you think satisfying a desire will complete you. You are complete as you are right now — no matter what you think you lack. It’s not that your life couldn’t improve if you got that thing you want. Maybe it could. And maybe you really do need to acquire whatever that object might be. More than likely, though, if you examine it clearly, you’ll see that you don’t really need that object after all. Still, even when you do need whatever it is, that isn’t the problem.

The problem is when you allow the idea that fulfilling a desire will make you happy to dominate your experience. The bare fact that you have desires and goals is not a problem in itself. It’s perfectly normal. You couldn’t rid yourself of them if you tried. So there’s no point in trying.

When practicing zazen, you put your desires aside. Any idea you have about wanting your practice to be anything other than what it actually is, is just another thought. It’s no more worthy of attention than, say, a random thought about pink potato chips or suddenly remembering the name of your second-grade teacher. As you would with any other thought, you put aside the thought that your practice ought to be clearer, calmer, more insightful, or whatever you think it should be.

Desires are just thoughts that occur in our brains. Some are useful, some aren’t. What messes us up is the way we identify with our desires. We have a desirous thought, and then we attempt to own that thought. And because it is now my desire, I think I must do something to satisfy it.

Once you learn to stop this process of identifying yourself with your thoughts, you find that desires don’t really have much of a hold on you. They’re just more thoughts your brain generates. Just more brain secretions.

According to a scientific study I once read, we have around fifty thoughts each minute. I’m not sure how they tabulated that. But I’ve watched my own brain do its thing during meditation long enough to see that the number of thoughts I generate throughout the day must run into the millions.

Most of these thoughts we simply ignore. We barely notice them at all. They’re subtle and fleeting. Other thoughts are a bit more concrete and stick around a while longer. Yet we still dismiss them.

Some thoughts appear to be tagged for immediate dismissal by some sort of habit-based mechanism in the brain. These are our supposedly “evil” thoughts, the thoughts we’ve been taught since childhood are not to be allowed. Each one of us has a different set of these. But we all have them. Sometimes if we become aware of such thoughts, we get deeply disturbed by the fact that they even appear in our minds.

But we shouldn’t, because the mere fact that such “evil” thoughts appear in the mind doesn’t mean anything in and of itself. The brain is just firing away, doing what it needs to do, and some of that random activity is perceived as thought. As long as we don’t act on the kinds of thoughts we know we shouldn’t act on, we’re fine. I mean, it’s probably not a good idea to linger too long on the worst of our thoughts. But it’s not a big deal just to have them.

Other thoughts, though, are attractive. When they appear in our minds, we begin to play with them, like a little kid playing with a lump of dirt. We manipulate them, we caress them, we pull them apart and put them together in new ways. And these thoughts often turn into desires and goals.

When we identify with these thoughts, that is, when we imagine that something called “me” is generating these thoughts, that’s when we get into trouble. One of the key ways we define who we are is to state what we desire. For example, I’m Brad Warner and I want to be a bestselling author. What I want is, to a large extent, who I am.

So we fear that if we were to let go of our desires, we would be letting go of who we are.

But I’ve found that this really isn’t the case. I’ve discovered, through a long and often very difficult meditative practice, that I am not my desires at all. I can let them go — all of them — and still retain my core being.

When you do zazen, you sit there and you meet your desires moment by moment. And you don’t do anything at all to satisfy even the easiest ones to satisfy. You’d rather be checking Facebook, but you don’t. You want to scratch, but you don’t. Or at least you put it off for a while. You want this meditation session to be full of peaceful feelings and bliss, but you stick with it even when it’s full of conflict and distractions. You just sit still.

This usually causes desire to redouble its efforts. Rather than getting more blissful and full of peace, you might get positively enraged. It’s not an easy practice, however simple it seems. It never was. Not for anyone.

This is one of the reasons why methods that are advertised as quick and easy ways of experiencing spiritual bliss or achieving altered states of awareness are ultimately damaging and a colossal waste of time and effort.

Achieving spiritual bliss and altered states of awareness are just more ways of giving in to desire. Your desire for bliss or altered states is satiated for a little while, but then it comes back again even stronger, and you have to make even greater efforts to achieve more bliss or states even more altered than the ones you’ve achieved, or else simply suffer for the lack of them. This is how the folks who sell those methods of meditation keep you coming back for more, by the way.

But bliss will always make you feel like shit after a while.

When people come to meditation because they want bliss, they generally want mind-blowing and spectacular experiences. And those really do sometimes happen to people who meditate. But they’re actually kind of a problem. This is because they can’t last forever; they cannot be permanent.

Brad Warner is the author of Letters to a Dead Friend about Zen and numerous other titles including It Came from Beyond Zen, Don’t Be a Jerk, and Hardcore Zen. A Soto Zen teacher, he is also a punk bassist, filmmaker, and popular blogger who leads workshops and retreats around the world. He lives in Los Angeles where he is the founder and lead teacher of the Angel City Zen Center. Visit him online at www.hardcorezen.info.

Excerpted from the book Letters to a Dead Friend About Zen. Copyright ©2019 by Brad Warner. Printed with permission from New World Library.