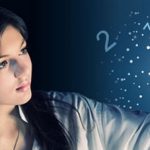 Numerology, the practice of assigning numeric values to dates as well as to the names of people, places, and objects, has been around for centuries. Throughout much of its history, it has figured in esoteric, occult, magical, and divinatory bodies of knowledge, accessible only to the initiated few. In recent years, along with astrology, tarot, and the I Ching, numerology has benefited tremendously from the free flow of information made available through books and now through the Internet. Much of what once was considered secretive and kept from the masses has now rapidly become mainstream. The current explosion of the New Age and Self Help markets tells of a significant thirst for knowledge and need for information, but at the same time also shows a general readiness for embracing concepts that are bold and daring.

Eager to directly affect the course of their lives, people from all walks of life are using techniques that not so long ago would have been considered a little bit unusual, if not altogether magical. Business people, entrepreneurs, and professionals from all fields are applying creative visualization, writing positive affirmations, and building picture books to strengthen their power to attract what they desire in life. In Seven Habits of Highly Effective People, Stephen Covey describes Habit 2 as: "Begin with the end in mind." He suggests that "all things are created twice:" first in the mind, and then secondly in the body, through action.

Planning and goal setting have become popular New Year rituals as people list their successes of the previous year and write out their new goals for the coming year. The word is: those who fail to plan, plan to fail. Writing goals helps clarify desires and focuses intention in a particular direction, increasing the chance of success. Yet amidst this flurry of planning and goal setting efforts, no one actually stops to ask whether or not the timing is appropriate for the intended goal. People are simply assuming that proper thinking habits and right action are all that is needed.

Timing, which has normally been the domain of astrologers and numerologists, is now being made available to anyone who stops to consider the matter. One extremely powerful tool is the Nine-Year Cycle, commonly used by numerologists, but also very accessible to anyone who can count to nine! In fact, the technique is so simple and so powerful that it may easily become the second most important consideration in decision making next to the four seasons. Just as a person would not waste time planting tomato seeds in a January frost, they would not take major career initiatives in the middle of a number 9 Personal Year.

By keeping the natural progression of the Nine Year cycle in mind when establishing goals, projects flow more smoothly and fewer challenges, delays, and obstacles are encountered. Knowing what to do and when to do it gives a greater sense of control and increases confidence, and generally leads to a more positive outlook, all of which naturally contributes in increased success and more satisfactory results. The Nine Year Epicycle clearly indicates the what and the when of decisions, goals, and resolutions.