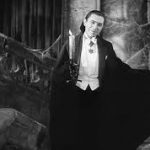 It’s Hard to Keep a Good Vampire Down, by Brian Righi

For many of us, the mere mention of the word "vampire" evokes images of pale Romanian counts with thick Eastern accents, slicked back hair, and tuxedo suits complete with opera capes. Younger generations might instead picture handsomely brooding teenage vampires more in keeping with a modern interpretation of the Byronic hero of older literary traditions. In either case, our images of the creature are often culled from the movies with which we grew up and that, for the most part, shaped our understanding of the archetype. Yet, whether we grew up loving or hating them, we often see vampires as either the product of entertaining fantasy or as a part of the colorful yet outdated mythos of our ancestors. We like to think that we've tamed the vampire this way, laid them to rest, if you will, in our modern age of science and reason, and that we can confidently scoff at the idea of a creature that drinks the blood of the living. Given such a view, it might surprise you to learn that in some parts of the world today the belief in real vampires or vampire-like creatures continues as strongly as it ever has.

For instance, in certain regions of the American Southwest, Mexico, and Puerto Rico, local inhabitants believe in a bloodthirsty creature known as el chupacabra, which in Spanish means "the goat sucker." Eyewitness accounts claim that the elusive beast stands approximately four feet tall, with grey, reptile-like skin, glowing red eyes, sharp fangs, and is often accompanied by a foul, sulfuric stench. It's frequently reported in rural areas, where it preys upon livestock during the night, attacking its victims and draining their blood. In most cases little remains as evidence of the attack other than three odd puncture wounds on the chests of the animals and unidentified three toed tracks at the scene of the crime. While its victims are primarily smaller livestock, such as chickens, goats, and sheep, they have been known to prey on cattle and other larger animals, with even a few unconfirmed reports of attacks against humans.

The first recorded sightings occurred in rural areas of Puerto Rico in March of 1995, but rumors of the creature are said to date back to the 1960s. Perhaps the most sensational claims occurred in the fall of 1995, when reports of bizarre attacks began surfacing from the town of Canovanas in northeastern Puerto Rico, where as many as one hundred and fifty animals and pets were said to have been killed by the creature. Over time the bloody slayings continued, spreading to other parts of the world, including the United States (in the spring of 1996 numerous animals were reported drained of blood in a rural area northwest of Miami, Florida). Soon after, sightings flooded in from the Rio Grande Valley of southern Texas; Juarez, Mexico; and even as far away as Queensland, Australia. In each case the facts are the same: livestock are found dead with strange wounds and obvious blood loss, area residents are stunned and frightened, and the shadowy creature known as el chupacabra has disappeared back into the night from which it came, leaving in its wake mysterious deaths and puzzling tracks. The prevalence of such sightings has become so widespread, in fact, that renowned writer and cryptozoologist Loren Coleman states that el chupacabra is "the single-most notable cryptozoological phenomenon of the past decade."1

While early beliefs in vampirism found their most fertile ground in the dark woodlands and bleak mountain villages of eastern Europe in the seventeenth and eighteenth centuries, vestiges of the age-old superstition still leak out today from remote rural areas barely touched by modern urbanity. In 2004, in the tiny hamlet of Martotinu de Sus, Romania (just one hundred miles southwest of Bucharest) a man named Gheorghe Marinescu was arrested for desecrating the corpse of his brother-in-law Petre Toma, who he believed was a revenant returned from the dead to prey upon the living. According to Dr. Timothy Taylor of the University of Bardford in England, who investigated the case first-hand for an article entitled "The Real Vampire Slayers," Petre Toma died shortly before Christmas 2003 at the age of 76 years old. By most accounts he was thought to be a good man, but like most farmers he was given to strong drink and a hard life. After his death members of the Marinescu family became unexpectedly ill, and Toma's niece Mirela Marinescu claimed that she suffered from nightmares in which her dead uncle visited her at night and fed from her heart.

Determined to save his family from the evil menace, Gheorghe and five relatives, fortified with homemade schnapps, disinterred the body of Petre six weeks postmortem. After finding the traditional signs of vampirism, including fresh blood in the body and around the lips, they cut the chest cavity open with a scythe and removed the heart with a pitchfork. From there Dr. Taylor reports "[t]he men took the heart, spiked aloft, to the crossroads outside the village. There they roasted it over a brazier and, as far as I could understand, stuffed glowing coals into the ventricles. Held up to the night sky, the heart shed charred flakes that were caught in a tea towel."2 The ashes were ground up and mixed with water for the niece to drink, after which it is claimed she made a full recovery.

Macabre scenes such as this were not new to the region, but when the daughter of Petre Toma complained to authorities the police arrested Gheorghe and the other participating relatives and sentenced them to six months in jail for the unlawful exhumation (their sentences were later commuted). The group of "vampire slayers," on the other hand, believed they had committed no crime and claimed instead that they were saving lives and following an ancient tradition handed down to them from their fathers and practiced still in many other villages throughout the region.

Yet, we would be remiss if we thought that tales of vampires only occurred today in rural, faraway places ruled by peasant superstitions. A case in point occurred in late December of 2005 in the Ward End area of Birmingham, England. Rumors began to circulate that a man, later dubbed by the press as the "Birmingham Vampire," was stalking the environs of Glen Park Road biting people. The story goes on to claim that the vampire bit a man walking down the street and then several other pedestrians who came to his aide. One woman was said to have chunks missing from her hand after the attack. Following the incident the vampire was said to have walked down the road knocking on doors and biting anyone who answered.

While no police reports chronicling such an attack were ever filed and no one was ever admitted to the local hospital with the bites described in the alleged attack, the populace nonetheless flew into a panic. The local newspaper, the Birmingham Evening Mail, stated that they were inundated with calls from terrified residents who believed that they had caught a glimpse of the vampire yet none of which provided any solid leads.3 People refused to answer their doors unless they knew the caller, and parents escorted their children to and from school personally. For days the Ward End was ripe with tales of vampires in what today has been dismissed as a classic example of mass hysteria and shelved away by authorities as an urban legend.

This, however, wasn't the first account of vampires roaming modern-day England. On February 6, 1970, a letter to the Hampstead and Highgate Express from a man named David Farrant, who claimed to have seen a grey figure wandering the cemetery of Highgate, London at night, touched off a flood of reports from local residents who believed the burial grounds haunted. Soon after, a second man, Sean Manchester, claimed that the figure was that of a vampire who had been buried in the cemetery long ago and was recently raised by the ceremonies of modern Satanists who had infiltrated Highgate.

The media loved the story, as both men went on to make claims that they would seek out the lair of the vampire and end its evil reign on exactly March (Friday) 13th, 1970. Other vampire hunters, eager to get in on the action, also arrived on the scene and broke into the cemetery, causing a great deal of vandalism despite the best efforts by local police to keep them out. Both David Farrant and Sean Manchester went on to write books emphasizing their role in the macabre affair, and the story is even believed by some to have inspired the Hammer Horror film Dracula A.D. 1972 with Christopher Lee as Dracula and Peter Cushing as Van Helsing.

We like to think that vampires are merely the stuff of bedtime boogeymen meant to titillate and entertain on cold, dark nights, but never the real flesh and blood monsters that our pitchfork- and torch-carrying ancestors feared. Yet, as we have seen, the image of the vampire is indeed alive and well, and continues to be feared as a real threat in certain regions of the world today, popping up in some of the most unexpected places. The belief in vampires is as old as humankind itself, and the notion that they can so easily be resigned to the realm of mere entertainment is a foolish one indeed. After all, it's hard to keep a good vampire down.