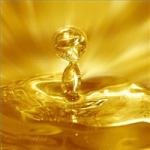 From Queen of Heaven to Lilith the Harlot: How our ancient past can illuminate our present and forever change our future.

At what is believed to be the birth of our current civilization, somewhere around 4,000 B.C.E. there existed a Sumerian goddess called Inanna, whose name literally means Queen of Heaven. She was known to have been the most venerated, worshipped and respected of the original four - sometimes believed to be seven- Sumerian divinities that from the heavens came to create and civilize us. She is believed by religious historians to be the precursory goddess to the Babylonian Ishtar, the Phoenician Astarte, the Hittite Sauska, Syrian Atargatis, the Greek Aphrodite, the Roman Venus and many others; including inferences made by Hebrew mystics associating her with their feminine primeval element of earlier days called the Shekinah. By far she was the most important deity of ancient Mesopotamia in all periods.

In great contrast to the disempowered archetypical divine feminine we have grown so accustomed to see, as the subdued consort to the one and only omnipotent sacred masculine; goddess Inanna is the archetype of the fully sovereign, empowered, liberated and glorified divine feminine. She is completely unrestrained by the artificially imposed dogma of religious models that have both psychologically repressed and physically limited the roles women could play. Inanna exemplifies the authentic gifts that emerges from one who is not coerced from their authentic truth, nor selling the soul out of fear in exchange for a life ultimately not worth living. She was unafraid to be free and to express her fully uncompromised authentic Self, refusing to abide by a forcefully established oppressive model of existence that could only benefit part of the whole. She was not reticent about breaking the "rules" when necessary, when they seemed to compromise her heart and soul's integrity. She was a living example of fierce-love and spared no effort to defend and protect what was honorable, equal and just, as many mythic-historical accounts tell, with heroic determination.

She is the longest known venerated god of our history, spanning a period of over 4,000 years so far of historical accounts of her spiritual sovereignty, and the most popular of the gods in the entire Sumerian pantheon. She is the offspring of Nammu, who in turn, is the creator goddess of Sumeria, who created heaven and earth and all beings and even all gods under it. No male counterpart is known of in regards to Nammu's original clay tablet story. This discovery by far has brought me the most healing and validation as a woman, which my human awareness for so long searched and my inner child so deeply needed. Diametrically opposite from our own Judeo-Christian programing, it reveals to us that in the many convolutions of our historical unfolding, we were easily shaped by the stories and myths we gave most weight, value and importance to, regardless of how unsubstantiated and fundamentally opposite to our own true nature they may have felt. Most of all, it informs us how profoundly vulnerable we are.

How could it be that in so remote a time, there existed such a powerful role model of the fully empowered and liberated, honored, respected and adored feminine that we are still struggling to find and embody thousands of years later?

As one of her many Hymns illustrates below, she was worshiped in the highest form with great devotion and had temples in multiple city states across all Mesopotamian countries:

Sumerian tablet Hymn translation from Inanna Queen of Heaven, by Wolkstein and Kramer.

Much confusion is still present around her story, for the most part because she stood at the very edge of the paradigm shift to a male dominant rule and because of that it was predictable she would became their primary target. The very moral virus she strived to prevent, eventually won over. First through the power of the blade, in a tyrannical rampage of violence and repression that the fear mongers of our monotheistic religions used to severely enforce their doctrine in the last 2,000 years.

Later, including today, as a deeply buried unconscious program; a cellular memory that insidiously feeds, support and maintains the female as an unconscious prisoner to an unconscionable reality. Like a ghost of the past, it whispers in our ears, "you are less than", "not good enough", and "unworthy of God". As the patriarchal paradigm proceeded with its bloody and systematic divide-and-conquer mission, it left behind a trail of distortion, fraught with bias and countless fallacies, and falsifications about Inanna's story, her service, character and mission, in order to weaken her powerful presence in the hearts of all her people. She's the once great one, which the old "holy" book venomously vilified and referred to as the infamous Lilith; the indomitable first wife of Adam. At times connoting she was the personification of all evil and the devil itself - remember her horned hat? - Luckily all of the gods of the Sumerian pantheon wore such hats, however no one remembered them, while Inanna lingered in their hearts thousands of years later.

She was no good because she refused to subjugate. She stood for equality, inclusion, and the freedom to be true to her and to be master over her own body. For her daring courage alone she was deeply admired, not only by women, but men as well, as her androgynous nature made her relatable to both. Such distortions were many a times perpetrated not just in the shifting waves of those ancient times, but also shockingly by many of our modern theologians who now, falling victims of the same androcentric religious programing, were at times unable to conceive, and at other times accept, such measure of power in female form.

As Samuel Kramer, one of the world's leading Assyriologists and a world-renowned expert in Sumerian history and Sumerian language attested clearly in his essay, The Sumerian Woman, "such theologians went ahead and deliberately changed, omitted, and/or twisted their translations to fit their male dominated, androcratic predilection". Furthermore, just as it was done to the original Judeo-Christian Gospels, many altered versions of the first original Sumerian creation myth - The Enuma Elish Tablets - were produced throughout time; with the most spurious versions found much later than the original, at the Babylonian era, dating circa 2,000 B.C.E. under the rule of King Hammurabi.

Given my early fall from grace as the result of a traumatic sexual molestation experience - which I write about in another article - and the ensuing life long's quest for an ever expanding direct connection with Spirit so it would deliver me into truth; it's not so surprising that Inanna would enter my life to bring me this healing message. She unraveled the gift in my own experience, while extracting the healing antidote to my wound from the poison itself. Sometimes it feels as if Inanna's archetype rose like an emanation out of my own wounded heart. She showed me the true origin of my pain while showing us all that what we are today, is a result of the ancient planting of a hypocritical seed, deep within our subconscious, that like weeds that drain and suffocate the most beautiful and nourishing fruits of our sacred garden, they need to be taken out by the root. She shows us now where that root is. Like all of us women, Inanna is a mirror of the dishonored collective feminine and yet, at the same time, she exemplifies the exalted, noble and majestic divine feminine that we should strive to embody each step of the way towards Self-actualization.

Finally, as Earth's Queen whom from Heavens came, Inanna embodies the unification of all paradoxes, Earth and Sky, Love and War, Light and Dark, Spirit and Flesh. The integration of opposites is the ultimate yoking of the Soul. Of all the polarities I find of most imperative value for us to integrate at this point in our evolutionary spiral is also the one which Inanna, became uniquely known for; The concept and practice of the Sacred Marriage, aka, Hieros Gamos. She is known to have educated us humans in the art of sacred sexuality, where the sexual and the sacred were not separate, but intrinsic mirrors, and complementary to one-another. I feel this is more than ever a very timely concept that if reintegrated into our conscience, would undoubtedly bring deep healing and balance to our current patriarchal cursory, frivolous, one-dimensional, and neurotically distorted shadow of the most powerful alchemical union between two beings. One can assuredly say our single most divinely creative ritual.

In a practical way, setting aside the added complexity of the overly misconstrued subject of Tantra and Neotantra, I propose two avenues of healing. One, that people begin with the simple development of a collective curiosity towards the more metaphysical and ontological understanding of sex; and two, that we begin to recognize the ways in which our past conditioning and wounds and the added unconscious reactions to the same, has created damaging distortions around it that need to be looked at and restored. This subject alone is the work of many volumes of our Psychological literature, however in order to heal, we need to hear on the cultural collective level a critical mass acknowledgement that something is off and a willingness to invest oneself into healing and repairing the damage needs to be present. This is obviously especially crucial on the toxic masculine side of the equation very exposed by the Me Too movement.

On the other hand, while working on the psychological healing, we could also begin to look at our sexuality from a quantum perspective as well; as an energetic body. It is the most powerful force generator we know and thus could hold the potential for the true energetic integration of the feminine and masculine polarities that extends beyond the act of union it represents. It is not as far-fetched an idea, even for the most cynic of views, that just as we believe the electrons need a highway to travel in order to ignite a light bulb - even though we cannot see them; With a more respectful and conscious approach to the energetic handling and practice of this magnetic power plant called sexuality, we may become on a cosmic level real creators beyond the physical, igniting instead the true light of our soul.

I like to imagine that from the clean slate of a healed mental and emotional body around sexuality, we will be able to utilize the sexual energy for collective healing and to magnetizing our energetic field to manifest only what is in greater harmony with our soul's highest purpose. With that ideal as inspiration, on a more mundane level, we should start by implementing a new dialog around sexuality that is more natural, dogma-free, and holistic. This new understanding and dialog needs to be uncovered, disseminated and practiced from an early age in order to bring forth an integrated understanding of the multidimensional aspects of a healthy sexuality and its healing effect that I believe will quantum leap our evolution in consciousness.

These and other articles by Kaliyani Sundari are excerpts from her upcoming book with all rights are reserved.

Kaliyani Sundari is a Spiritually Inspired Visionary and her commitment to the renaissance of the Sacred Feminine in our collective conscience is reflected in her work as a Recording Artist https://www.youtube.com/watch?v=hvlBC7expc8
https://www.youtube.com/watch?v=bvLBGmGnW2Q
Conscious Media Producer www.stargatealliance.com author and facilitator of Sacred Circles. For more information please go to www.kaliyani.com