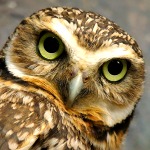 Four Ways Your Energy Animal Can Appear to You, by Melissa Alvarez

Animals. We share our world with them, we have them as pets, and they can be a source of comfort and love. Animals can also be spiritual guides for us during times of need or to help us grow on our spiritual path. I call them energy animals because I work with energy and animal frequency, but they're also known as totems, spirit animals, power animals, familiars, and animal spirit guides. All of these terms describe animals that guide, teach, and connect with you in order to deliver messages from the spiritual realm that you need to know at specific points in your life and on your path. Some appear for a short time, others are with us for a lifetime.

When an animal has a message for you, the energy surrounding the animal will feel different. It may feel as if the animal is staring you down, or you just intuitively know that there's something unusual about the bird that keeps perching in trees near you, making you notice it. The animal will not give up until it gets your attention and delivers the information. If you're not paying attention, things will start to happen that captures your awareness and makes you take notice. Your animal encounters may happen more often and with more intensity until finally you say, "What is going on?" That's when you'll be open to receiving the message that the animal is trying to deliver.

I'll give you an example. When I was writing Animal Frequency, there were so many animals showing up at my farm that every day I expected to see a new one and I usually did. It was also foaling season, and for ten days I was dealing with a mare who had retained part of her placenta after foaling out, which is life-threatening and meant I was up every two to four hours throughout the night giving her three to four antibiotic injections at a time to try to save her life in conjunction with her veterinary care. Being severely sleep deprived, I stopped paying attention to the animals showing up and didn't get much written during that time. Then one day shortly after the mare was over the incident I found myself bombarded with dragonflies. I walked out to the barn and there was one flying along beside me. While I did my work I'd find them sitting on the pitchfork handle or on the bags of shavings or they'd land on my arms. I acknowledged them and thanked them for the appearance but I was so tired I didn't think past that. Then I walked out into the yard by the barn and was swarmed with dragonflies all around me. There must have been fifty or sixty of them flying into the wind all around me. They've done this before in this spot but none had ever landed on me, and this time I had four land on me at once and they seemed to be looking right at me. Then when I went on an errand I was sitting at a stoplight and looked over and there was a tiny baby dragonfly sitting on my window starting at me. As soon as I got home I looked at my Animal Frequency manuscript to see what I'd written about the dragonfly. The line that stood out to me was, "Dragonfly means you need to add lightness to your life. Don't get bogged down in the heaviness of the world but be the light, airy being that shines in a multitude of colors." I had been bogged down in heaviness due to the issues with the mare and lack of sleep. I was still worrying about her even though the crisis had passed. Dragonfly helped me see that I needed to let it go so that I could get back to the lightness of being that I try to keep my frequency at. Once I did, everything flowed easily again.

By knowing some of the different ways that animals can try to capture your attention, you'll become more aware of their appearances. They can show up in any way that they believe will make you notice them, so this list is just a mere sampling. Here are four of the most common ways that animals can appear to you when they have a message to deliver.

Connecting with your energy animal can help you in many different ways. It can even be life changing. If you're not paying attention, energy animals can and will use all of these ways at the same time to inundate you with their presence so you pay attention and start to learn more about the animal. Getting your attention is often the hardest part. Once their message is delivered, the animal usually disappears from your life, but you'll probably always remember the message.

I encourage you to take time to open your heart, mind, and intuition to the animals that appear in your life. Connect with them through animal frequency to experience the Divine with them and within yourself.