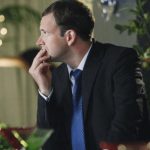 Face Reading for Beginners: Can You Spot a Liar?, by Richard Webster

Although you may not be consciously aware of it, you're reading faces every day. You assess a person's character by looking at their face, and most of the time your first impressions will be correct. Some of this is learned, but most of it is instinctive. This is why old sayings, such as, "He has bedroom eyes," or, "Don't trust someone who has eyes too close together," have a basis in fact.

As you've progressed through life you've also learned how to read people's facial expressions. You can instantly tell if someone is honest, friendly, timid, or broadminded, for instance. There are six universal expressions that are used by people all around the world, and you can probably recognize these at a glance: surprise, happiness, fear, anger, disgust, and sadness.

People lie for many different reasons. Many lies are told to save the feelings of others and to maintain a happy environment. If someone asked you if you liked her new hairstyle, you'd probably answer, "Yes," even if you disliked it intensely. Not long ago, a lady apologized to me for her lack of driving skills. I lied, and told her she was a good driver.

Lies in the workplace are extremely common. If you call a company and ask to speak to a particular person, you might be told he or she is in a meeting, or is not in the office. That could be the truth, but may also be a lie, if the person did not want to speak to you. If you call inquiring about an order, you may be told it was dispatched yesterday. This may be the truth, but could also be a delaying tactic.

People lie to bolster their self esteem. A middle-aged man I know tells everyone he manages a division of a large automobile company. In fact, he spends his days cleaning cars at the dealership. I met a lady some years ago who told me she'd written a series of historical novels. I found out later that she wanted to be a writer, and was claiming to have already done what she hoped to achieve.

People frequently lie to impress others. This is particularly the case with potential romantic relationships. These people also lie when ending the relationship. "I'll call you," is an extremely common lie.

Some of the more common lies are: "Thanks for the wonderful meal," "Money cheerfully refunded," "This hurts me more than it hurts you," "I was only trying to help," and "Not tonight. I have a headache." A lie that used to be extremely common is, "The check's in the mail."

Although most people are bad liars, some people are extremely good at it, and won't hesitate to lie if they think it will help them get what they want. Fortunately, if you pay attention, you'll be able to pick up the facial clues that give them away.

These hidden clues are called "leakage." Leakage occurs when the person says one thing, but his or her face and body indicate the opposite. A common example of this is when someone says he or she agrees with you, while at the same time shaking his or her head slightly. This person's head reveals the truth.

We all give ourselves away at times with micro-expressions that cross the face in less than one-fifth of a second. If, for instance, someone was smiling at you, but you noticed a look of anger cross his or her face in a fraction of a second, you'd know the smile was false. This could be a sign that the person didn't like you, despite his or her apparent friendliness.

Suppressed emotions last longer, and are more common, than micro-expressions. People expressing suppressed emotions are able to change them to a more acceptable expression when it suits them, or when they become aware of it. Recently, I saw a group of teenage girls congratulating another girl on her success in winning a shopping mall promotion. One of the girls was obviously angry and possibly jealous, but she changed her facial expression to one of happiness and delight moments before congratulating the winning girl.

People blink more when they're anxious, or feeling stressed. Most people blink about fifteen times a minute, and if this increases markedly it could indicate that they're lying. However, experienced liars often do the opposite, and their rate of blinking slows down. Consequently, it is the change in the blinking rate that is important, rather than the increase or decrease.

It's a common belief that liars find it hard to look someone in the eyes while they're lying. However, good liars do the opposite and increase eye contact while saying a lie. Usually, the person doing the listening makes more eye contact the talker. Liars often do the opposite, thinking it will convince the listener of their honesty.

Many people nod their heads when telling lies. They do this in the hope that it will get the other person to believe the lie. Usually, this is easy to spot, as the rest of the body remains motionless while they do this.

Inexperienced liars lick their lips, swallow, or clear their throats; this is because the stress of lying causes them to have a dry mouth. These people also turn their heads away, or look down at the floor, while telling a lie. This is easy to spot if they have been making good eye contact before telling the lie. Many liars have a strong urge to touch, stroke, or rub their noses. This is the adult version of a child covering his or her mouth after telling a lie.

All of these things need to be interpreted in a group, or cluster. Someone who is rubbing his nose while talking might simply have an itchy nose. However, if he's also exhibiting some of the other signs of deceit, he is probably lying.

Once you become aware of facial expressions you can use them to improve your life. Here are three simple things you can employ right away to improve your relationships with everyone: smile, make good eye contact, and nod your head when listening to someone. The smile has to be a genuine one, of course. If you look happy, you'll make other people happy. Good eye contact is important, as people trust people who make good eye contact. When you nod your head, you tell others that you're interested in what they're saying.

Face reading is a useful skill that can help you discover why and how people think and act in the way they do. It will also make you more sympathetic and understanding of other people's outlooks and different points of view.