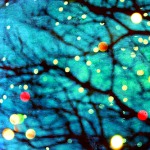 About a year and a half ago, I was on my couch watching TV when out of the blue I felt something come toward me. It felt like a very small child, but even smaller. At this point, I thought I was losing my mind! I have since had this same experience a number of times. I don’t know if this is a spirit or what, but there are three of them. I can’t see them but I can feel them. They seem very lovable, and have never tried to hurt or scare me. When I go to bed at night, I can actually feel them walking around on my bed. Do you have any idea what is happening? Thank you!

I rarely talk about this in public, let alone this column, but in this case I feel obliged to do so.

In any case, here is my real answer. I must preface it by saying that a lot of readers may be put off, scared or even offended by my perspective. It’s not my intention to upset anyone. If you don’t believe, then don’t believe. You are free to choose.

Now I’ll just come right out and say it: You have extraterrestrial friends visiting you. We have guides and watchers from other planets. Whether the world’s governments want to admit it or not, this is happening. There have been many documented cases of ex-government officials who spoke out about the government’s awareness of extraterrestrial beings.

You might want to read about the Denver airport and the underground base that goes for 50 square miles that sits right under it. This one is very well-documented. If you spend just a few hours researching this on the internet, you’ll find out tons of information.

These beings are making more and more contact with humans now. Don’t worry, it won’t be like the Hollywood movies often make it; they really will come in peace.

As I have stated before, we all have human and animal spirit guides around us all the time. We also have alien guides as well. I personally have an alien guide named RJOZKJ, but he said I could call him Oz for short.

When Oz first came into my life, I kept seeing these tiny little grayish shadows flying around out of the corner of my eye. They were maybe three feet tall at the most and moved very quickly. I saw them so frequently that I started to wonder if something was wrong with my vision. That is exactly what is happening to you.

At night when you go to sleep, they watch over you and they study you. I know you’ve probably heard all sorts of scary stories about alien abductions and weird experiments, but that is not what you’re dealing with here.

These friendly, kind little beings are just watching over you, studying you, and observing you. You have nothing to fear. If anything, you are actually much safer with them around. By the way, they will talk to you in the form of your own thoughts if you let them.

I wish you more sightings!

These three little entities are sprites. They must have come into your home stowed away in an antique piece of furniture or some other artful wooden object.

I see lots of green energy around them, which is the kind of energy associated with wood sprites. Humans can’t see them at all unless they have some wood sprite DNA in their makeup. We can hear and feel them, but they don’t manifest in physical form for us anymore.

In the old days, people lived happily alongside all kinds of sprites, fairies, and sometimes even elves. Woodland creatures were a part of their lives, so seeing them wasn’t a problem. In fact, usually when they moved in with a person, that person’s luck changed for the better for as long as the sprites decided to stay.

After the Middle Ages and the spread of different kinds of Christianity and other organized religions, the woodland creatures withdrew from human contact. I think we hurt their feelings by denying their existence. Many churches still teach that fantasy creatures are demons; this is one reason that many people turn their backs on our woodland friends.

In order to keep them with you, you have to acknowledge that they are there and care for them. Set up a little altar in your yard or on your patio. (Whatever you do, don’t make it from wood!) It doesn’t have to be fancy. In fact, three rocks can be an altar – it’s the thought that matters.

Feed them regularly on eggs, milk, bread and cake. They’re very nearsighted, so be sure you use a bright colored plate to show off the food and drink. They can’t eat indoors, so don’t try to feed them anywhere inside your house. Food eaten under a human roof will make them very sick, and they could leave you or perhaps even die.

With care and attention, you’ll be able to discern their forms better. Once they begin to appear to you, they’ll look sort of translucent. Sprites have genders, and yours are two boys and one girl.

They enjoy attention and they love music made on all instruments except those made from wood. Rock and roll (the old stuff) seems to be a big hit with sprites, but they don’t care for the Beatles or Elvis.

They love to play jokes on humans and each other. Their favorite thing to hide is a set of keys. Car keys go missing especially often because they won’t ride in a car and they hate to be alone in the house.

The reason they’re with you is because you called them to you. Green energy is also healing energy, and sprites are experts with broken hearts. If you’ve had a big disappointment recently in your love life or career, they’ve come to help you feel better and move on, so welcome them into your home and your heart