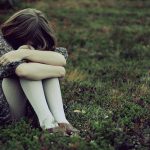 My fourteen-year-old niece is terrified to be home alone even for a few minutes. She hears noises and is afraid someone is going to break in. The other night, she called her mother hyperventilating because her father left her, her younger sister and their small dog at home for a short time. Except for this anxiety, she is a bright, well-adjusted young girl. I told my sister that she must get to the root of the problem to understand it, and that perhaps she is haunted by a past life experience that creates intense fear of not having adult protection. What do you recommend my sister do to help her daughter overcome her intense fears?

It's possible that your niece is suffering from past-life trauma. When seemingly unfounded fears paralyze people, it is often due to an unknown event that occurred in a previous incarnation. There is another reason I suspect this to be the root of her troubles: Aquarius children tend to be relatively fearless, so her anxiety is unusual.

As a psychic, I frequently examine unexplainable fears and illnesses from a past-life perspective, for the therapy involved can often alleviate the trouble in a few short sessions. Natalee's fears are similar to that of a child who is afraid of the dark. Intellectually, she can't put her finger on where the fears originated, but they are very real to her - even paralyzing.

I recommend that you start with a past-life reading to find the source of her fears. If she isn't open to that, you or her mother can investigate it. Once she understands what happened, her panic will start to subside. It would also be helpful to sit down with Natalee and make a list of affirmative actions she can take when she finds herself alone in the house.

For example, I have a client who always gets lost. In the past, it would cause her great panic and confusion, which would naturally just make the situation worse as she tried to find her way. We discovered that in a past life, she had gotten lost in the woods as a young child and perished. After a few sessions, she reported back to me that although she still gets lost on a regular basis, she doesn't panic any longer. Together, we developed a plan of orderly action for when this happens to calm her fears and help her get back on track.

Let's say that Natalee found herself in a similar situation in a past life. Because she was home alone and unable to defend herself, an intruder may have broken in and caused her harm or even killed her. Discovering that this fear comes from something that happened in a past life is the first step. Developing a plan of action to quiet those fears will be next.

You and her mom may want to sit down with her and figure out a safety plan that reads something like this: 1. Lock all the doors and windows in the house. 2. Let a neighbor know that she will be alone in the house and put the neighbor's phone number on speed dial, along with 911. 3. One or both parents will call to check in on an hourly basis, etc.

Help her to develop a list of actions she can take to ensure she is safe. This will unlock the fears she carries and teach her how to protect herself at the same time. Once you do this, her fears should gradually subside.

Family therapy is the most helpful approach when a child is involved, as children tend to carry symptoms for the family. There is anxiety in this family, and Natalee is the carrier. Using therapy terms, she is the IP or identified patient; however, it is likely the marriage or entire system that needs intervention. Knowing his daughter suffers in this way, Dad leaves her in charge. She reaches for Mom, who confides in sister, who seeks the help.

Natalee's fear of being alone may be fear of abandonment and worry about her family breaking up. She may feel tension between her parents or hear them fighting, which threatens her sense of security. Fear of an intruder could represent her mother's real or irrational fear of Dad having an affair. She called Mom quickly enough when Dad left.

Temporary measures may prove comforting until the real issue is uncovered. Carrying a special talisman or object may help calm her. You might gift her with a big stuffed animal that will absorb her nervousness if she hugs it tightly. You might present her with a special ring or necklace with protective powers or a beautiful worry stone that she can rub when she feels anxious.

Systematic Desensitization is effective with anxiety. Using this method, she would be left alone for 10 seconds, then an adult would give her a big hug for successfully enduring that amount of time without panicking. The time would be gradually increased, and at various milestones (5, 10, 15 minutes), she would earn rewards.

It's worth noting that we have two sets of sisters in this story. Just as your niece may feel a burden of responsibility towards her younger sister, you may feel the need to protect your sister or help solve her problems. If she chronically leans on you or you have a pattern of jumping in to rescue her and her children, you may be codependent by enabling and maintaining the status quo. Genuine help may take the form of loving detachment from this family.

Focusing on your sister's life may help ease your own anxiety as you worry about her, but it may also cause you to sacrifice the time and energy you need to create what you want in your own life.

There may be other sibling issues at play: Do you need to feel needed by your sister? Do you feel left out of her life? Are you a big sister know-it-all who wants to solve this mystery? Just food for thought! Of course, the other possibility is you're simply a thoughtful sister and a caring aunt, and they are blessed to have you in their corner.