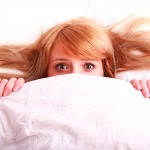 My father keeps harping on me for not believing in Satan. He is Roman Catholic, and Satan is a big part of his religion. I told him that I choose to praise the Creator and enjoy the Creation instead, but would like to say something he would believe so he can free himself from worrying about evil all the time. Can you help?

As your father is zealous in his Roman Catholic beliefs, you're not going to be able to change his mind about them with some magical statement.

Besides, it's important to recognize that his beliefs are probably just right for his soul at this time in this life. He may not be meant to see things your way in this lifetime. He also has free will, and could choose to never see things your way. Just because he does not see things as you do does not mean that he is not being just as true to himself as you are.

It's very hard to watch people who do not "live on the same plane" as we do.
We naturally want to change them, and believe that doing so would change the world for the better.

We want to shine a light on how their fear, doubt, lack of faith, and reliance on outside sources of support and guidance are limiting their experience of life. Despite all of this, we must respect their choices and their personal spiritual paths.

In my line of work, I often find myself telling a client the same thing month after month, year after year. I just keep repeating the truth. Eventually, most of those clients will have a "Eureka moment" when they finally hear that truth and filter it into their consciousness and being. It is great fun for me to watch when that happens.

You need to just continue radiating YOUR truth. The best way to lead is by example. Live your life with a great sense of responsibility for your actions. Be the best person you can be. In time, he will see by your actions that you are living a "good" spiritual life. Let your actions speak for your truth.

Above all, recognize that your father is standing very strong in what he believes to be important, and give him some credit for his convictions. Respect his right to believe whatever he wants to believe, even if you do not agree with it.

Now it's time for a brief history lesson. Before the Crusades, there were the country dwellers. These people were later renamed "pagans" by the Crusaders. They were persecuted for worshipping in the Old Ways.

One hunting method that these country dwellers employed involved tying antlers to their heads. They would then move very slowly into a herd so they could easily hunt game. When they killed an animal, they would give thanks to the "God of the Hunt." He was depicted as half man, half deer; he had cloven feet and antlers (horns).

The Crusaders took this "God" and turned him into a vile and evil creature. Basically, everything the country dwellers did was retooled into something that was considered "evil." The Crusaders also gave this pagan god of the hunt a new name: the devil.

I wish for you what the Crusaders lacked: acceptance of ALL belief systems.

"The Book of Enoch," one of the apocryphal texts left out of the Bible, can offer us an enlightening view of all the angels, including Satan. Though it's just another book of stories, it helped me view this subject in a new way.

Your dad might never read it, but I highly recommend that you do so you have some ammunition when this Satan discussion arises. If your dad is open-minded enough to read it, it would help him understand that Satan is just a character in a story designed to explain the nature of good and evil.

What can you say to your dad so he's not so obsessed with evil doings? I suggest you try this: Who IS this devil, anyway? Where is he? Does he have an office? Is he evil, personified? Where is the proof of that?

Jesus was a person in history; we know he lived, walked, taught and died here. Where is the devil's existence recorded in history? Remind your dad that there is no proof that the devil ever existed.

The only satanic force in the world is the evil we allow into our own hearts and minds. If we "rebuke" Satan as St. Michael the Archangel did, he shouldn't be a bothersome part of our lives at all.

No doubt there IS evil in the world, but it is created by MAN. Satan is an EXCUSE. You're probably too young to remember when people said, "The devil made me do it" and people actually accepted that. Doesn't that sound SILLY?

People do what they do because they WANT to do it. There are evil people on Earth, and there always will be, but they are evil on their own!

I don't know why some Christians are so fixated on Satan. I wish they would realize that sending him so much energy by worrying about what he's up to is just plain foolish. My daughter-in-law is a fundamental Christian (and a real challenge for our family!), and even SHE agrees with that. She says you have to "close that door" to keep Satan out of your life.

Ever since my Daddy accused her of being "a devil worshipper because you talk about him so much'" she's lightened up on that subject. You could try saying THAT to your dad.

Ask him to replace his Satan talk with God talk for a week, and if he manages to do it, ask him if he feels better about life. I'll bet he does! By speaking of blessings and focusing on the divine instead of talking about Satan and wallowing in negativity, his whole attitude on this subject may change.

While it's admirable that your dad wants to fight Satan, as a Roman Catholic, he's got a whole pantheon of saints and angels to do that job for him, so if he really believes in all of that, he shouldn't EVER be worried!

You're brave to try to change his mind. If you manage it, I'm sure the whole family will benefit from the blessings that follow.