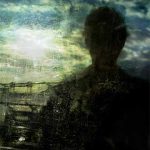 I've been experiencing some energy around me at my boyfriend's house. I don't know if it's just in my head, but I'm seeing a black shadow on his wall in his room and I feel a cold and tingly feeling on my back and on my legs. I only feel this when I'm at his house. I have a hard time sleeping at night; I wake up coughing and feel a very cold breeze on my face. I feel like something is in my throat but it's not like I'm getting sick, it's like something is stuck in my throat. When I get up for work, I feel fine. I don't understand what's going on. I feel like someone put a spell on me or something. Would this be possible? What can I do to make this go away? I hope you can help me.

I don't believe anyone has put a spell on you. Since this only happens when you visit your boyfriend, the trouble appears to be in his house. It sounds like he has a negative spirit residing in the bedroom. Whether he can sense it or not, you've had a number of encounters with it.

Entities can manifest in many ways. They can appear as shadows or apparitions, create hot and cold sensations, and even cause someone to feel like they are choking or can't breathe. Given what you've been experiencing, it would seem that this spirit is trying to scare you away from the house for some reason.

First, ask your boyfriend if he has had similar experiences. This entity is most likely attached to a certain room in the house - his bedroom. You may want to look into the history of the previous tenants who lived there. It wouldn't surprise me if you discovered that someone had died in the house. In one case I was working on, the person had actually hung himself, which reminds me of the choking sensation you described.

Whether or not you discover any information that affirms something unseemly happened in the house, the bottom line is that your boyfriend has a negative entity lurking in his bedroom and he needs to get rid of it.

Depending on the strength of the spirit and its connection to the home, there are a number of things you can attempt to clear it. I would advise starting with a simple smudging. This can be done with a sage smudge stick, which you can buy at a local metaphysical store or online. You and your boyfriend should perform the smudging together by moving through each room and asking that all discarnate entities and negative energies leave the premises at once.

Be sure to smudge around doors, windows and anything electrical, as these types of spirits tend to gravitate to those high energy areas. Once you are done, I would leave the smudge stick on a safe plate or in a can and let it burn itself out in the room where the most activity occurs.

If the activity continues after you have smudged the house, you'll want to call in a psychic or priest who is well-versed in the art of exorcism. Make sure you find someone with the power, knowledge and tools to clear out an unwanted spirit. Once they perform their rituals, you should no longer sense or encounter any troubling entities.

There is no need to worry that someone has put a spell on you or that this entity has or will attach to you. If that were the case, it would have followed you home, and you would be experiencing the same sort of phenomena there.

No one has put a spell on you. These experiences are trying to get your attention so you can acknowledge some discomfort in your life and take positive action to correct it. You are being invited to clarify your truth and choose a path of greater integrity and authenticity.

Cold and tingling are symptoms of anxiety. These experiences suggest that you are not at ease at your boyfriend's house. Shadows obscure light, so noticing them suggests there are truths you don't wish to see or acknowledge. Problems involving your throat suggest the stifling of truths you are afraid to express. You wake up coughing because the truth is stuck in your throat; words get blocked and don't come out because you're afraid of losing your boyfriend if you are honest about what you want and need from him.

You have a hard time sleeping because you probably don't really want to be having a sleepover in the first place. When you get up for work, you feel fine because you're leaving the situation that makes you so uncomfortable. You are at peace with your career. That part of your life feels right and provides you with a sense of purpose and dignity.

What is it about your relationship that makes you uncomfortable and on edge? What truths are you avoiding? It is possible that instead of trekking to your boyfriend's house for sleepovers, you would rather be living with him? Perhaps your true desire is to share a home with him as a committed or married couple.

I remember being in your position with a man I wanted more from. I didn't want to face it at the time, but the truth was that I hated dragging my pajamas, a change of clothes, my toothbrush and other toiletries to his house in order to sleep next to him. I really didn't like waking up in his bed only to begin thinking about heading home to my house.

I wanted to wake up in my own bed, in my own home, next to my life partner, with all of my things at one address! I finally told him I was too old for sleepovers. Since he didn't want to move our relationship to the next level, we broke up.

You have put a muzzle on yourself by not facing, owning and discussing what you need and want from your boyfriend. You can't change him, but you can set boundaries that honor you and your truth. That's the only thing that will make these eerie feelings and experiences go away.

I suggest that you don't sleep there anymore unless you have a frank discussion and reach an agreement about your future with this man. If the two of you don't share a common goal, it may be time to move on.