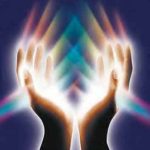 I’m 20 years old and recently moved back in with my mom. I really hate my stepfather. I feel like he attacks me over nothing, like nothing I do is ever good enough for him. It’s getting really ridiculous – I don’t even speak to him anymore. My mom isn’t helping the situation, and she won’t leave him even though he is verbally and physically abusive to her. This man is going to make me go to the dark side on him, for I don’t know what else to do. This could become a very dangerous situation for him. I stopped doing black magick some time ago, but he is going to make me release my anger on him. If there is another way to resolve this, I’m willing to listen. If there isn’t, then I really feel sorry for him.

Your mother has her own path to follow. As you grow older, you will meet more and more people who are in relationships that make no logical sense to you. Though you may never understand them, your mother has her reasons for staying with this man.

If you want the freedom to be who you are and do what you want in this world, you have to allow others that same freedom. If you want her to respect YOUR choices, you must allow your mother to walk her own path as well.

In your question, you express how others are making you feel a certain way, think certain thoughts, and want to do certain things. No one has the power to MAKE you feel anything, Keena. You choose how you react to every situation you encounter.

The majority of the time, it seems you react in anger. That is why you were drawn to black magick in the first place. It was a way for you to vent your anger, but it didn’t work, did it? Nothing happened to the people you tried to harm, and nothing will happen to your stepfather if you try to put magick on him. If you do that, the ONLY result you’ll see is whatever you wished on him coming back on you three times.

Why are you still there? Why not move back out? Instead of wasting your energy on problems, negativity, and things you can’t change, pour your energy into creating something better for yourself. I am sure you can find another place to go. Take that anger that churns inside of you and channel it into working non-stop and saving up enough money to go where you REALLY want to be.

Speaking of anger, you need to take a serious look at yours. You pretty much stay angry. If there is nothing to be angry at, you will find something.

I know your childhood was difficult, and some really bad things happened to you. Saying things like he is going to make me release my anger on him shows me just how hurt, scared, lonely, helpless and empty you really feel.

You could be a huge force for good if you would re-direct your energies. Buy a book entitled Living Through the Meantime by Iyanla Vanzant. It will help you tremendously.

I wish you inner peace.

Oh, honey, don’t do anything ugly, and don’t waste any more time or energy on that jerk.

Your mother makes her choices, but your choices are your own. You’re not just in psychic or magical danger from this fool, you’re in physical danger too. Leave as soon as you can. If your mother decides to stay, it’s her funeral. Regardless of the economics involved, your first priority is to get out of there.

You don’t owe anyone any justification or explanation. Your mother and that man are aware of what they’re doing. You can’t change that for her or zap him with enough force to kill him. Besides, you don’t want that sort of karma. Leave and he’ll take himself out – creatures like him always do.

Once you’re out of there, don’t waste any kind of magick on someone like that. In the first place, you’re 20 – what do you know about using black magick?! Does that come from Mom? Is that why she is stuck with an abusive alcoholic, because of something she did with Black Magick?

You’re not old enough or strong enough to call up what you would need to control this dangerous person, and whatever you do on the dark side is guaranteed to come right back and land on you many times over anyway.

Don’t invite bad things to yourself by experimenting with something you don’t know enough about! This may sound harsh, but I don’t know ANY 20-year-old girls who could handle what you’re contemplating doing.

There is other magic you can try to protect yourself, but since you live with him, it would only make for temporary fixes. Add a rose quartz to your crystals and cleanse ALL your rocks and crystals in a bowl of salt water at the next full moon. Wear aventurine for a quick escape and lapis to repel his bad energy. Find a St. Michael’s medal and put it over the door to your room.

This will lessen the effect of his evil presence in the house, but nothing will change who he is. He is set to be an abuser for the rest of his life, as long as someone lets him get away with it. I see him incarcerated in less than a year for drunk driving. Just leave him alone – he’ll put himself in harm’s way soon enough with his own actions.

It hurts to see someone we love suffering at the hands of an abuser, but you can’t protect Mama from whoever she chooses to be her boyfriend or husband. She’ll either leave him or she won’t, but if YOU leave, it will make it easier for her to get out of there.

Garlic only repels the vampires we do NOT invite into our lives, and it’s too late for garlic with this guy anyway. Your survival and your karma are more important than any revenge you could call down upon him, so just move out.