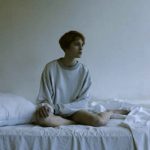 I've been watching a new show called Paranormal State. The main paranormal researcher on the show says that we should never say the names of demons out loud unless we are prepared for head-to-head, all out battle with them. Do you think this is true? Is it dangerous to say the names of demons out loud? Is it dangerous to just think about them? (Does that attract their attention?) Thanks for your wonderful work!

I don't allow demonic energy to invade my space because I feel that negativity kills. I can't think of anything with worse energy than a demon. To answer your question, just acknowledging demons' existence is risky; demons are a subject to avoid.

Demons populate literature and the Holy Books throughout history. Scheherazade told of genis and dybbucks in her stories to the Sultan. Jesus drove demons out of people and into pigs. There are lots of stories and fairy tales that involve some kind of demonic presence. Reading about them is one thing, but talking to them is another!

Nightmares are filled with demons and other bad energies. Daytime demons are more subtle, and are sometimes nothing more than the guy who overcharges you for mechanical work or the person who changes a twenty dollar bill for a five.

Teens are often visited by demons in disguise because demons love to feed on teens' hormonal angst. They work on the weak, and in some myths, they capture and carry souls to Satan. In fables they present themselves as sweet fairy godmothers or little old ladies with candy. They infect the pedophile and serial killer and prey on the mentally unstable.

For the most part, I agree with your TV guy that saying a demon's name will call that specific energy to you. I'm told that demons lurk around humans, just waiting for that call.

Getting rid of a demon once it's in your life can be very difficult, so don't be calling any names of demons unless you want a big fight on your hands. Of course, in magickal practices of any kind, accidents can happen if you take short-cuts or are careless, so it's wise to have St. Michael's Prayer handy just in case.

I've offered it to banish evil in this column many times, but in case you missed it, here it is again:

St. Michael the Archangel, lead us into battle. Protect us from the snares and traps of the Devil (may God rebuke him). Heavenly Archangel, protector of All, hear our prayers and banish all wickedness and fear from our lives, and send all demons back to Hell where they belong.

I usually say that three times over, and that does the trick.

I haven't seen the show you mentioned, though I do agree that it's dangerous to call in certain spirits. However, aside from the major players, I'm wondering how we would even know their names?

It's interesting to notice all the new shows popping up that focus on metaphysical topics such as earthbound entities, possession, spirit communication and psychic powers. Much of the content of these programs is valid, as the experts involved are credible. I particularly like it when producers are responsible enough to warn viewers about the dangers of casually dabbling in these activities.

It's simply not wise to explore these realms without proper knowledge, training and guidance. There's a show I've seen a few times called Hauntings that lays out in full detail the harmful attacks demon spirits are capable of and the power they can exercise on the living.

Personally, I wouldn't want to have any direct dealings with demons, and if I found myself with one on my hands, I would call in a professional with lots of successful experience in this arena.

You ask if it's dangerous to even think about these entities. Since I believe that whatever we focus on or think about grows bigger in our lives, you'd definitely want to avoid this kind of thinking, for it can accidentally draw these entities closer. Just as you wouldn't walk down a dark alley in a bad neighborhood at night, it's always better to be safe than sorry.

There is another new danger we must deal with in this information age. Thanks to the internet, we all have access to information on spells, rituals and the like. In fact, anyone can find directions for practicing things like black magick and curses, which of course are not part of a healthy spiritual lifestyle.

When I was in high school, I came into possession of a book on witches spells from the 1800's. Because I didn't understand the power of just reading these spells aloud, it wasn't long before I started encountering all kinds of problems. Luckily in the back of the book there was a ritual to undo any spells I had performed. Once I did that, I got rid of that book as fast as I could.

I encourage you to continue learning about the world of metaphysics through various channels. I would also caution you that if you're in the middle of watching one of these shows and you start to feel uncomfortable or uneasy in any way, turn off the TV immediately and focus on something else to keep unsavory energies at bay.