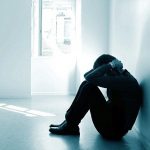 My question is concerning my son Stephen. Lately he has been coming in at all hours and saying we "wouldn't understand" what he is going through. We think it's a girl thing. My husband and I try to listen, but he says so little. Is there hope for him to come back to be as close to us as he used to be? We miss the days when he was younger, as he is now in this "cocoon" of his own making. He seems a thousand miles away. I have a hard time believing he's even the same person anymore. We know he smokes some marijuana, but I honestly do not have a problem with that as long as it's under control. Do you have any suggestions on how to bring him back to us? Our older son is 22, and he is so much more loving and forthcoming. He tries to help us too. He says he also has some trouble communicating with Steve. He seems to be going through a time of isolation from his family, but he is still very active with his many friends. Is there a spiritual approach/answer?

There are a few things going on here, the first being his typical teenage behavior. He is at an age when nothing is more important than his life, his friends and his activities. He does not want to stay home, and he does not want to socialize with his family. It is pretty normal. I know your other son was much more sociable with you and your husband, but you gave birth to two very different individuals, so you must expect very different behavior.

Another thing happening here is his obvious drug use. You are aware of and apparently condone his marijuana use. He has not stopped at marijuana. He is drinking and doing other drugs as well. His behaviors are "symptoms" of deeper drug use. I want you to start vigilantly keeping a log of his schedule, behavior and appearance, Marcie. You will start to see patterns. I want you to compare those patterns to known drug use symptoms. You have to prove this to yourself to believe it. I am concerned about him. Please do not brush this off. This needs your immediate attention.

Now, before I tell you the following, I want you to understand that how someone feels is valid. It does not have to be realistic. If I FEEL like I have ants crawling on me, I will act like I have ants crawling on me. It does not matter if I really do. Having said that, you should know that Steve feels like he is in his big brother's shadow. His big brother is this and that and does this and that and Steve NEVER has accomplished the things that his brother has been able to accomplish. I know you and your husband do not dote on the oldest son any more than Steve, but this is Steve's perception. That is one reason why his brother is having a hard time reaching him. Find something Steve excels at in his own right and emphasize that. It may be slow going, but over time it will make a difference.

The spiritual approach to this is to pray. Pray for guidance and wisdom. Pray for Steve and his soul. Most of all, Marcie, pray for the ability to let go so that he can learn his own lessons. That could very well be the hardest thing about being a parent. He is searching for himself and his own way. He will find himself. It will take a little time, but he most definitely will find himself.

I wish you and yours true contentment.

I'm glad you have an open attitude about the pot smoking, but keep a weathered eye, okay? Aries youngsters can become excessively involved in things. Aries is the FIRST Sign, and often wants to "do it until it is all gone." Compulsive behavior is common in Aries boys his age.

Usually with a young Aries boy, I would be somewhat more concerned with GAMBLING being the problem "you wouldn't understand." Coming and going at all hours would tip me off to that. Check his pockets, Mama. (You're still the Mom here!) Is he working? Where is that money going? Heck, just ASK HIM if it's gambling! He'll tell you the truth. I know you guys want to be gentle and spiritual with him, but he might be in a little money trouble.

Mostly, however, it's this older girl. Yes, she's OLDER - at least 22. If he's WORKING, that is probably where he met her. She's a nice girl: pretty, cute figure, and immature for her age. She is probably a SCORPIO or a GEMINI, and she's been hurt but never married. She has nice parents who would just DIE if they knew she was seeing your 17-year-old son! You'll like her if this lasts long enough for you two to meet.

Your son is becoming sexually active with this girl. As I see it, it's only this ONE girl, so that's probably as safe as anything like that can be. She's older but she doesn't have any children yet, and she probably wants to keep it that way for now. She has just finished college, and may start teaching grade school (probably third or fourth grade) next fall.

He thinks he loves her. He IS taking care that he doesn't do anything to hurt you and the rest of the family. He's cautious, careful. He gets that from YOU. Aries are terrified of messing up their lives with unwanted kids, and they fear deadly illnesses more than any other sign, so you can be confident that he's taking every precaution against pregnancy and STDs too. He's a good boy, and knows what's what. He's a lot more mature than other boys his age. All these things are blessings for which to be grateful.

You son is keeping his own counsel right now because he doesn't want to WORRY the two of you. Aries people have "secrets." They just DO. There isn't a whole heck of a lot you can do about that birthday and that attitude. He will come back to you as soon as he gets his big head thinking again. At the moment he's one big ball of Fire Sign Hormones! You'll reconnect, don't worry. Give him his space now to grow.