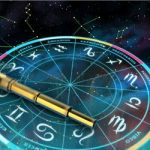 I keep hearing that my astrological sign is incorrect due to something called a wobble that has thrown off the constellations and added a 13th sign, or moved everyone's sign. I'm totally confused. My birthday is in early June, which would make me a Gemini. Am I really a Cancer? Or does it go backwards, making me a Taurus? What's the scoop?

The famous astrologer Carl Payne Tobey is credited with the discovery of Moon Wobbles, which always occur when the transiting Sun makes contact with the lunar nodes. They happen about four times a year and generally are about two weeks in duration.

Moon Wobbles create events and cause things to happen that are similar to a Mercury Retrograde, so things seem to be unsettled or intensified during these times.

Generally, Moon Wobbles can be held responsible for car crashes, mechanical breakdowns, and people over-reacting to emotional issues. On the positive side, sometimes they produce increased awareness and creativity.

Moon Wobbles don't determine your Sun Sign, but where your Moon is in your chart will usually show what kind of reaction you will generally have during one of these astrological events. Your personal horoscope probably contains information as to whether you were born at one of these times or not. If your astrologer omitted that information, it's easy enough to look up on the internet.

During a Moon Wobble, it's not advisable to sign a new lease, buy or sell a home, plant a garden or travel, unless you can be extremely flexible. Try to avoid arguments with others, especially with spouses, parents and children, as conflicts that begin during these times can be volatile and very difficult to resolve.

It's best not to start a new job or project or have major repairs done to your car or your home. Following the same precautions advisable during a Mercury Retrograde can help you stay on a smoother track. The key to doing well is to try not to react to things that would normally push your buttons.

As a Gemini, flexibility won't be a challenge for you, and during a Moon Wobble (especially if you were born during one) this trait would intensify. Expecting the unexpected is a way of life for Air Signs, so living with all sorts of surprises and sudden shifts may be fun for you. Nevertheless, it's still wise to take extra care during volatile periods.

While I think that this is an interesting feature of astrology, for me personally, it's not something that is in effect all the time; it comes and goes. Some people do just fine and hardly notice these planetary changes in their lives.

I'm pretty old-fashioned in my astrology work, so in my view, they're not all that important when it comes to a person's life and personality. However, this is something fun to study and find out about in your own chart.

Thanks for a great question. This is a theory that popped up in the mid-1990's and has been causing quite a stir ever since. It's based on a scientific study that measured the shift in the earth's axis (called the wobble). This study suggests that the constellations are no longer moving in sync with the ancient dates assigned to the zodiac in early times.

This was used by skeptics as just one more reason why astrological practices aren't valid, and it generated a lot of confusion about sun signs, as your question indicates. Unfortunately, this whole theory was based on a misconception about how the signs of the zodiac came into being and what they are based upon.

In truth, the signs, degrees and divisions of the zodiac have no connection to the heavenly constellations that bear their same names. Instead, they were originally based on an imaginary elliptical belt surrounding the earth. These sign designations are determined by the seasons of the year, not the stars above.

Because the constellations are fixed stars in the sky, they hold little place in the reading of an astrological chart, as they don't create transits or vary from client to client. The signs of the zodiac were created over 2,000 years ago, as first recorded in Greek history; they were named long before most corresponding constellations were identified or named.

So you can rest assured that you are still a Gemini. Since that means there are already two of you, I'm sure you don't really want to add another sign to the mix!

Just for reference, however, there are some instances where you may experience a change in your Sun sign. For example, if you decide to explore Vedic astrology, your Sun would move 23 degrees backwards, which could easily identify you as a Taurus instead of a Gemini born within the first 23 degrees of your sign.

Keep in mind that Eastern and Western astrology are two very different practices. One leans more toward predictive readings, while the other finds its center in spiritual growth and development. Both work well for the purposes for which they were designed, and by understanding the difference, you can get the information you're seeking.