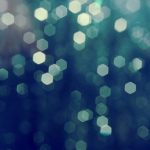 My husband and I have both noticed flashes of light like a camera flash in the house. Often we look out the window to see if there is lightning. I have noticed it for some time, but shrugged it off until I found out my husband sees it too. Maybe there is a logical explanation for this, like the television or a reflection, but if not, could it be something spiritual?

The first thing I want to say is that you are not crazy, and neither is your husband. When any form of ghost/spirit/whatever-term-you-want-to-use manifests, it will use energy or electricity to do so. Spirits will often demonstrate that they are present with a flash of light.

Now someone may tell you that you have a medical problem called Retinal Detachment. However, your husband sees these flashes as well, and it is highly unlikely that you have the same physical ailment, so I ruled out medical explanations right away.

I do not know if you and your husband have been doing any Kundalini work, but that could also be a reason you both are seeing light. Kundalini is divine life force energy. She manifests both in personal form and in cosmic form, and encompasses all of creation.

“God”/Spirit/the Universe/whatever-term-you-choose creates the universe by producing subtle energies in an act of divine will or choice. This can be compared to the process wherein sparks are generated from a single source of fire. The individual manifestation of Kundalini is like a spark of cosmic Kundalini.

Once Kundalini is awakened, you may experience not only flashes of light but also hear internal sounds like bells ringing or bees humming, spontaneous vibrations or movements of the body, and greater mental peace – just to name a few possibilities. Different individuals will have different experiences. So as you can see, if you two have been working on raising your consciousness and/or Kundalini, flashes of light would be perfectly natural.

It’s important to realize that flashes of light from the awakening of Kundalini can actually manifest in conjunction with seeing energy created by spirits. To sort it out, pay attention to the temperature in the room the next time you see a flash of light. Does the temperature drop? Do you feel a draft or breeze even though there is no source? Spirits will suck the heat and energy out of the room in order to manifest in any form, including a flash of light.

I am sure you have seen characters in movies shiver and say something about being so cold when “ghosts” are around. That’s because ghosts suck up the energy in the air to manifest, which causes the temperature to drop. If you feel that chill, it’s a good sign that this is indeed a spirit manifesting.

Spiritual activity happens all around us every day, we just have to be aware enough to recognize it. It really is happening to you two.

I wish you more spiritual discoveries.

While what you describe could be something spiritual, more likely it’s some kind of reflection coming from the street into your home. Although it may appear to be happening inside your house, it’s originating somewhere in the street and reflecting something that is permanently located in your yard.

If it doesn’t happen all the time, most likely it has to do with where your car is parked – whether it’s in your driveway or inside the garage. That’s the first avenue to explore for sure. The chrome on bumpers could reflect all sorts of things off surfaces in your home.

The properties of light make it a strange critter. Light is something that continues and continues, and it travels at such a rapid speed that it can be hard to determine its source.

When I was a kid, I remember I used to shine a flashlight to the stars and wonder how far that light could travel before it started bouncing off the stuff in between me and those stars.

The best way to figure out what is causing this is to start a little notebook wherein you and your husband write down the times you see this happen. If there is a set pattern and it doesn’t happen at all kinds of random times, then you can start exploring a spiritual source.

If it comes at times of particular stress, or when you’re the most relaxed, or when you feel your own energy disturbed, it could be created by one of you as a sort of psychokinetic side effect.

If it is some kind of spirit energy, it must be good energy, because you haven’t noticed anything missing or rearranged. Once in a while, a guide will try to reach a person that way – by causing what looks like a flash bulb on a camera going off.

I’ve heard of that only once, however, and eventually, those flashes changed into orbs that this person was able to photograph and show people. Be sure to keep a record in your notebook of any changes you notice in the flashes.

Of course, there is the possibility that you’re infested with Ibys, creatures too small to see who love to create the kind of phenomena you’re experiencing.

To eliminate them as a possibility, just buy a birthday cake and leave it out on the back porch of your home. The Ibys will eat the birthday cake, and the sugar rush they get from that will cause them to leave. If the flashes stop after that, you know it was Ibys the whole time.

While Ibys infestations don’t explain everything, they are present in lots of homes. Try that and see what happens before you call in an exorcist.