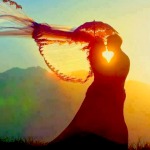 I was born May 29. I have many reasons to believe a man put a strong love spell on me. After not having much contact with him for several years, out of the blue I found myself constantly thinking and dreaming of him. I thought this would fade, but the thoughts and dreams just got stronger. The methods he used were not positive and in fact he attempted to force me to break down and be with him. I'm in a long-term relationship with someone else, but there were times when I thought I was going to leave my boyfriend for him. He and I never had any type of romantic relationship or even flirtation; others around us told me he was interested but I did not recognize this at the time. I've known him for many years through our place of work. Since our work relationship was difficult, I would avoid him and not really speak to him, but the love spell drew me to him and now we are friendly again. After we started speaking again, he told me he thought I hated him and his voice sounded like he was hurt. I asked him if he ever wanted a romanic relationship with me, he said no but he did find me attractive. I had work done to block him, and I do feel better but I still can't stop thinking of him and I sometimes dream of him. I would like to return to a state of balance. I keep busy and even take spiritual baths which give some relief, but thoughts of him and feelings from him return. I've been told to just forget about him. I've tried to, but for some reason I can't. This is not like me. After a difficult experience, I usually quickly move on. I also feel like he really loves me a lot and I feel his love all the time. I think he did something so strong that it's unusually hard for me to break, however I will not stop trying. I have not told my boyfriend about this. Any insight or advice you can give would be greatly appreciated. Blessings to you.

As the energy of sexual attraction is powerful, trying to resist it can cause confusion or other disconcerting emotions. Once you understand why you feel the way you do, it will be easier to deal with all of this.

Your initial attraction to this man may have roots in a past life. The connections between lovers remain unbroken over space and time, so when they meet again, those feelings can immediately come back to the surface. Even if you were lovers in a past live, however, that doesn't mean you're meant to be together this time around.

These emotions are sending you important messages. They have little to do with your current reality, nor do they suggest that you should be with this man. On the contrary, you are having these feelings to alert you to changes you need to make within yourself. When we encounter emotions from the past that do not go away, we are being called to look within and ponder what's happening on a deep spiritual level.

It is possible that this man attempted to put a spell on you, and that this has amplified the feelings you have for him and is causing you to have constant thoughts about him. Though you've done some spiritual work to minimize this spell, I recommend using my freezing ritual to create a firm boundary between the two of you. You can find directions for this ritual in my Kajama profile under free downloads.

Another practice that is helpful involves putting some limits around your thoughts. This is called corralling your thoughts and is a method you can use to discipline your mind as well as your heart. Basically, it involves setting up a certain time each day to focus your thoughts.

It works like this: Each time he comes into your thoughts during the day, stop yourself and say, I will not think about this right now. I will think about it at 9 p.m. this evening. At 9 p.m., give yourself half an hour to sit and meditate, allowing your thoughts to focus on him. Each evening, cut the time by five minutes until you are down to ten minutes a day. If you miss the 9 p.m. timeframe, you have to wait until the next evening to think about him. Within a week, you will find yourself less and less interested in thinking about him, and even forgetting him altogether.

When you dream of him, write the dream out on a sheet of paper in detail the next morning. Then burn the paper as a way of sending the dream back into the ethers. This should begin to minimize the number of dreams you have about him. Once you do these things, the attraction you feel toward him will begin to fade.

My take on this is contrary to yours, so I hope you'll keep an open mind. I feel you have falsely accused an innocent man of a devious plot! While you are under a spell, it's one of your own making, for you are obsessed with this man. Obsessions help us avoid what's really troubling us, so in that sense, they do serve a purpose.

I suspect something significant happened in September of 2011, so please think back. You may have undergone a painful loss or realized that your relationship wasn't turning out as you'd hoped. Whatever the issue, you began using your feelings for your coworker to distract yourself. Yes, I'm referring to YOUR feelings for HIM. You might be denying those feelings because you feel guilty, but I assure you that it's normal to feel attracted to more than one person.

Your focus on the love spell keeps you from addressing a deeper issue, which likely involves something that is missing in your relationship. Maybe you know what that is, but your passive nature prevents you from asking for it. Your passiveness showed when you wrote, The love spell drew me to him, and now we are friendly again. That's an abdication of personal power and a denial of responsibility. You are friendly with your coworker again because you CHOSE to be!

He probably DID think you hated him, given that you were pushing him away rather than interacting in a professional manner. You shut him out in an attempt to snuff out your attraction, but what we resist, persists! It's time to own your feelings for this man so you can discover what lies beneath them.

It was rather bold of you to come right out and ask him if he wanted a romantic relationship with you, but your inquiry stemmed from your unconscious desire to have a relationship with HIM. Although you didn't realize it, your question was an indirect invitation!

'I feel his love all the time.' It's as if you cannot own your passion, so you project it onto him and then view him as relentlessly adoring you. Your conviction that he's gone to great lengths to be with you allows you to feel loved and desired, which is a feeling that may be missing at home. You deny that you are enjoying your fantasy admirer because you want to see yourself as loyal to your relationship.

Do keep in mind that your feelings for your coworker are a crush - an obsessive love with no basis in reality. Rather than continuing to focus on him by attempting to unravel his spell, you would be better served by going to couples counseling to either improve or let go of your current relationship.