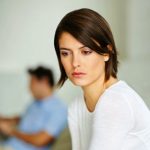 I have fallen in love with a friend. We met a few years ago when we both had other partners. (I was married and he had a live-in girlfriend.) A few months ago, my husband and I separated, and we now are in the process of getting a divorce. H. has been without a girlfriend for almost three years now. We got together as friends, and have acknowledged that there is a very strong attraction between us. We have seen each other a few times, and each time we're together, everything makes sense and feels so right. I have been using the Law of Attraction to attract him into my life by wishing to have a lasting romantic relationship with him. However, lately he's pulling back and is saying he's not sure what he wants. When we're together, he acts like he wants me, but when we're apart, he wavers. How can I manifest this relationship with him? I am full of longing to be with him and I believe that we're destined to be together.

I firmly believe that thought becomes reality, and that we can influence that reality by lining up opportunities and making wise choices. However, there is something that bothers me about using the Law of Attraction in relationships: it's one-sided, while relationships by nature involve more than one person. Unless he is also using the Law of Attraction for the same purpose, you can't go very far with this.

If he's everything you want and you are indeed destined to be together, he will want you too. Does he know about and work with natural spiritual law? Is he spiritual enough to discuss this with you and apply it to your relationship?

I think it would be much more beneficial if you made him aware of what you're doing to try to be closer to him. There isn't anything mean or sinister about wanting someone to love you.

If you two can agree on what it is you want, then you will both be focused on the same outcome. If you want something more or different from what he wants, then you're trying to force someone to meet your terms, which isn't what the L of A is about.

It's important to respect the whole picture here. Both Yin and Yang are present. The man you describe is very sensitive to balance, which is one reason he pulls away.

If you really want a permanent relationship with him, you're going to have to develop more sensitivity to other people's needs and desires. This energy has to extend to others - not just to him.

Start by listening more and being quiet in conversations. When we listen well, other people are encouraged to talk, which leads us to greater understanding of how to best please them.

I recommend you change your request to the Universe. Instead of trying to manifest only what you want, include wanting what is best for others and will make them happiest too. In your visualization work, include this man as the person you wish love and happiness for most of all.

While using the Law of Attraction to wish for a lasting romantic relationship with a certain friend can't hurt, you can't manifest this all by yourself: Your friend has to want the same thing. So far, it seems you two are heading in the same direction.

His pulling away lately suggests that he is sensing that you are trying to make things happen on your own schedule. You both want a relationship, but you want it to be set and settled sooner than he does. That's a Virgo/Scorpio challenge, but if you work with it, you can both end up with what you want.

Though you seem to be sure of your feelings for this friend and he has shown you many signs of being interested in you, it sounds like things have shifted and thrown you both into confusion. Many times when two people who are bound to others come together and feel a powerful attraction for each other, they interpret it to mean that they are meant for each other.

Unfortunately, it often happens that when one person leaves a marriage or relationship out of a desire to be free so they can pursue this new connection, the other party will begin to pull back. This can happen for a number of reasons and be very disheartening.

If you are specifically leaving your marriage for the purpose of being with your friend, the knowledge of this could be throwing him into a panic. If you are pushing for more than he is ready for or comfortable with, the possibility exists that he could pull back permanently or become hot and cold to the relationship.

Knowing that you will soon be free to pursue a committed relationship can frighten off anyone who doesn't feel as clear about what he wants as he once claimed to be.

If the relationship with your friend is as strong as you state, his reaction may only be temporary. Since he won't give you a commitment, I recommend you act independently and make your own plans. It would be wise to distance yourself from your friend while you finish the divorce process.

You mention that initially he had a live-in girl friend, but has been alone for the last three years. You might assume that this is because he was waiting for you, but it could also indicate that he has commitment issues in general.

It's possible that the attraction you both felt at first was enhanced by the fact that you were unavailable. Even when you are divorced, you must limit the time you are available to him to recreate that initial attraction and give him the time and space to get past his fears of commitment.