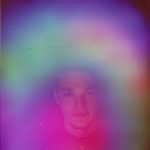 I'm trying to sell my aunt's house, as I'm the closest living relative who is able to take something like this on. (She was widowed at a young age, and her only child preceded her in death.) She spent the last thirty years or so living alone in her house, and she rarely left it. She passed away last fall, and as soon as I went into her house to begin to clear it out and prepare it for sale, I definitely felt a strong sense of her presence. I believe she is still there, and based on the reactions of other people (like the real estate agent I hired, and some repair people who came in to fix the place up) they can sense something too. Everyone freezes right inside the door and looks around as if they are looking for another person. Now I'm wondering if ghosts can try to prevent the sale of their former home by creating a certain atmosphere or something, and if so, what I should do. Thanks for your advice!

Of course ghosts, earthbound spirits, or spirits who pass back and forth between this world and the next can prevent the sale of a house. Every single building we walk into has an auric atmosphere, which is composed of the energy traces or memories of everyone who was ever there. Sometimes houses are inhabited by non-physical beings who don't want to leave yet.

Your aunt is one of those beings. She has chosen to stay here on this side for a while. She doesn't want to leave her house because she was comfortable there. It was her sanctuary and her haven when she was in this world, and she sees no need to leave it now if she doesn't have to.

The angels who meet us to take us to the Light always tell us that we have a choice. We don't have to go to the Light if we don't want to at that time. They will wait for us. My own father stayed earthbound for over three years. It won't harm your aunt to stick around, though apparently, it IS harming your efforts to sell the house.

You don't have to sage the place, because she's not a negative spirit - she is just keeping residence there. Here is what I suggest you do: Visit the house alone, and go to the room your aunt loved the most in life. Call out to her and tell her that you want to talk to her. (When you do this, make sure you call her by name.) Imagine that she is sitting in the same room with you, and tell her the following:

Aunt, because I love you, I have to tell you that you are dead. You have a Light near you, and there are beings in that Light that are waiting for you. This is no longer your house - your true home is through the Light.

I need to sell this house and settle your estate. I know that you would want a nice family with kids living in the house, filling it up with joy and laughter again. You don't have to go to the Light, but you really should. If you want to stay here, you have to be quiet and stop creeping out everyone who comes in the door. Thank you.

She's not trying to sabotage your efforts or hoping to prevent the house from selling - I promise you that! She just considers it her house still. She also doesn't fully understand that she's dead now, so you may want to emphasize that point.

She may hang around a while longer just to see what is going on and what you are doing to and with the house. She may run off bad prospective buyers as well. Just know that your aunt will be fine, and that the house will sell.

I wish you peace with this peculiar situation.

A ghost can CERTAINLY keep a house from selling! I'm sitting in a 100-year-old house because its spirits don't want me to sell it, so I know what you're up against. There are lots of stories about departed spirits preventing the sale of their former homes, or trying to prevent the new people living there from enjoying themselves.

Fortunately, I love my house so it doesn't bother me, and I can live in it even though I have to fix, replace and repair things constantly. Since you don't want to live in your aunt's house, you have to find some way to move her on into the Light.

This is also important for her own sake, for by releasing her former home, she can go on to a new Celestial Incarnation, where she'll wait for the rest of her Karmic Family to join her.

Your aunt has yet to move on from her home because it takes about a year for a person who has been in one place on earth that long to let go of their earthly surroundings. Wood is the best ghost conductor I know, and I'm sure your aunt's house is full of it.

In the basement is all the discarded energy, while the attic holds treasured energy. This living space is filled with her energy, and it will be for a long time to come unless she decides to move on.

Over the past few years I've discovered a number of ways to help a person move on into the Light. The most common is this:

Assemble a Bible, one white candle, and a bell. (You can use the jingle bells from a Christmas hat, it doesn't have to be anything fancy.) Inscribe your aunt's full name on the candle and light it. Open the Bible to the 23rd Psalm and read it aloud. Ring the bell.

Then say St. Michael's Prayer: St. Michael, Archangel, defend us in battle. Be our defense against the wickedness and snares of the Devil, may God rebuke him. We humbly pray, and do thou O Prince of the Heavenly Host, by the Power of God, cast into Hell Satan and all the other evil spirits who prowl about the world seeking the ruin of souls.

Then add, Take with Thee our Sister ________ (your aunt's full name), and lead her into the Light of God. Amen. Close the Bible, ring the bell, and blow out the candle. This should take care of things.

People who get very attached to what they have and what they own often become earthbound. My relatives come and go regularly around here, but since I have lived in this house my whole life, they rarely meddle. It's still unsettling when they do, but I'm used to it.

I hope that my Nanny, who lived next door, visits the awful neighbors who bought that house on a regular basis. After my cousin sold the place, she must have decided to stay and make as much trouble for the new occupants as possible, for they call the place Our Amityville House!