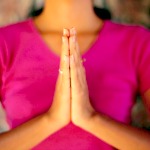 Help! I have friends who are very involved in Christianity and are always confronting me about my unorthodox spiritual practices. You must come across this as well. How do you handle it?
Greta

As a rule, I don't try to change others beliefs or insist that they accept mine. However, I have had the sort of experiences you describe, and I found them to be rather frustrating.

Years ago, I dated a man who belonged to a Bible-based church. He was fearful that if his church knew he was dating a psychic, he would be forced to stop. I asked him to show me where in the Bible my work and beliefs were condemned. He didn't know but he agreed to ask his pastor. In the mean time, I consulted another minister and asked him to direct me to biblical quotes as well.

I was surprised when both pastors gave me the same exact passages to read. I was even more surprised when I read further and uncovered the whole story. I began doing my own research and found that the Bible actually encourages my work and beliefs.

The first passage was in chapter two of Daniel, which states that the King Daniel served had ordered all astrologers and seers to be put to death. This is where the pastors stopped. If you read on, however, you discover that Daniel (who was himself an astrologer) needed to interpret a dream the king had had in order to save his life and those of his colleagues. He prayed to God and was given the answers he needed, which made for a happy ending to this story.

In the second passage, Isiah 47, verses 13-15, Isiah condemned and cursed all astrologers to death along with any people who followed them. It's easy to see that he was targeting anyone who made another person or thing his god. I don't have a problem with that, for my work and beliefs are a channel for getting closer to Spirit and are not to be worshipped in and of themselves.

My own research was even more revealing. In Genesis, there is a passage that reads that God placed the stars and planets in the firmament (sky) as signs for those who are able to read them. In Matthew, chapter two, it specifically states in many bibles that the three wise men were astrologers. Essentially, Godís birth announcement of Jesus was an astrological event, and the three wise men who followed the star used astrology for holy work.

One of my favorite passages in the Bible is Romans 12:6: Having then gifts differing according to the grace that is given to us, let us use them: if prophecy, let us prophesy in proportion to our faith. If your friends insist on confronting you about your spiritual beliefs and practices, I would invite them to investigate how the Bible forbids not the use of spiritual gifts, but rather their misuse!

This is not so much about conflicting belief systems as it is about your relationships with your so-called friends. If they think they have the right to challenge or attack something as personal and precious as your spiritual life, itís because you have allowed that sort of behavior from them. You have been passive rather than assertive.

When you're assertive, your energy basically says Iím okay, youíre okay. When you act assertively, you show respect for yourself and for others. Being passive conveys the message Youíre okay, Iím not. Passive people are doormats who don't stand up for themselves or protect their personal boundaries. Passive people avoid conflict, tend to be used, and often give up whatís important to them to keep the peace.

Being aggressive conveys the message I'm okay, you're not. An aggressive person is intent on getting their way at any cost. Aggressive people tend to attract passive people and vice versa. Bullies sense passive people's desire to be liked and they manipulate them through criticism and rejection.

Ultimately, being passive is frustrating, discouraging and tiresome because you canít please everyone. No matter how much you give up, someone is going to be unhappy with you.

Setting specific biblical passages aside, history scholars have learned much about the historical Jesus. Their research suggests that the spiritual leader Jesus of Nazareth was opposed to the judging and condemning of others and held an attitude of inclusivity. He was opposed to excluding people from his spiritual community based on their being different from the mainstream. When you experience Christians judging, condemning or excluding you, you can rest assured that Jesus would not agree with such behavior.

The way I cope with the kind of people you mentioned is preventatively. I take delight in my personal beliefs but do not share them except with people I know will understand. If someone happens to become aggressive on this or any topic, I gracefully exit.

I recommend that you find friends or a spiritual group of people with whom you can share openly and enjoy mutual support, respect and acceptance. If you look for them, you will eventually find some lovely kindred spirits who share your beliefs and interests.