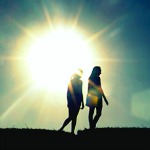 In response to a question in a previous edition of Kajama, Astrea wrote: “A life cut short by sudden death can leave one in a wandering phase.” Also, “So many spirits are lost and alone, with no idea how to travel or move on.” I thought that when we leave our bodies at death, a friend, family member, or someone we recognize as a guide helps take us to the other side, since no doubt the passage through death can be disorienting. I thought that children were always met and guided for this very reason. So how is it that these spirits are wandering around, essentially clueless? Some clarification would be appreciated!

Jeannie, what I’ve heard from people on the other side is that when we pass over, someone we trust will meet us. In some cases, it is our choice whether we go to the light or not. If someone does not go to the light, they are considered earth bound.

I can give you an example using my own father. When he died, he had Alzheimer’s disease. He spent a lot of time in the astral world while he was living, so when he passed over, he did not want to be dead. He thought that he could just go back, and he wanted to do that. He felt like there were things he had to finish doing here. I would feel his energy around me and I would talk to him like he was in the room. We were able to work through a lot of the issues that we had left over. We were fortunate in the fact that I could sense him and “hear” him. Many people have not opened to their sight like I have, so issues cannot be resolved for them as easily, if at all. When he decided he was ready, he went to the light. I don’t feel him around too often anymore.

Also, if someone dies tragically, sometimes they do not know they are dead. They are just confused and wonder who these people are around them. From what I understand, when that happens, the world looks the same to the dead ones, except they can also see the other side superimposed on their own world. Can you imagine how bizarre that must be? Oftentimes it takes someone on this side telling them they are dead and to go to the light and find their loved ones before they realize what is going on around them.

Souls are ageless, so all these things can and do happen to souls that were in human bodies, young or old. We think it is horrible for a young person to be wandering around, but a soul is ageless. A child’s soul is no different from a 90-year-old man’s. It is our human nature that makes us want to help lost children. I do sometimes see the souls of small children hovering around their birth mothers. It seems like the child is not ready to leave the comfort of the earthly mother yet. Many times when a woman cannot let go after the death of a child, and cannot resume any life of her own again, it is because the child’s soul is clinging to her.

Please remember that dying is part of the soul experience and anything that happens after our souls leave this body is a lesson as well. If a soul chooses to stay earth bound, then there is a lesson for that soul that existed before the soul even came into the physical body.

I wish you clear answers to your questions!

Where we go, who meets us, how long we wait to go into the light: All of these are choices. Even in the first stages of death, we retain a lot of that free will. When a person feels unworthy to be met by friends or family members, they choose to wander and re-live the reasons they feel that way until they feel worthy to be in God’s sight with God’s love. For some people, this lasts seconds until free will is relinquished and they become part of the source. For others still stuck in rebellion, it’s different.

I’ve encountered spirits of all ages who are in conflict; they can’t make any decisions except to stay chained here to the earth plane for an indefinite period of time. They don’t want to progress into heaven, because they still are in fear of the unknown. It takes a strong and willful spirit to rebel in that way, and that’s why so many of them come through to us, the sensitive people, who try to help them find their way.

Also, even if at the time of their human death the person was old in earth years, they can choose to go to any age and any form on the other side. Very few spirits would choose to be in hundred-year-old form! Some of them go all the way back to being very young children, and that’s why they are perceived as small fries. The glimpses I have into that dimension are so fleeting that it’s difficult to describe to anyone what it is like there. The wanderers are so afraid of change that they stick to what they know and, believe me, that place is lonely. This is why often we don’t hear them speaking, only crying. It’s very sad for them because they don’t trust themselves to move on.

Very young children, of course, go right to the light and become part of the source again. Often it’s because they have finished their karma for that particular Incarnation, and go “home” to rest in a celestial period. This is because they no longer need to grow old, suffer and die; their birth resolved the karma they had left over from former incarnations.

However, some young teenagers choose to wander for a while before they go into that light. Often, the quietest and least mischievous teens will be the ones who are most active beyond the veil; they become the poltergeist population. Babies go immediately into the light, of course, and are met by angels.

The simple answer to your question is, if you want and expect to be met, you will be. We get to choose that option too. What you believe is what will happen when it’s time to cross over and go beyond the veil.