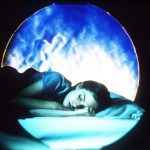 Over the past week, I suffered from a sore neck and shoulders. Then I had a jarring dream several days ago. In the dream, I was in a wooded area and I kept encountering a puma/mountain lion. It was hostile and it kept leaping at my head and biting me on the back of my neck. Every time it bit me, I felt a hot burning sensation that was almost electrical. I don't normally feel anything physically in my dreams, but I did this time, and I kept feeling it even after I woke up. I woke up several times, and whenever I would fall back asleep, it was the same thing all over again. This puma wouldn't leave me alone, and he was really starting to frighten me. Then I noticed that later in the dream, my back was now covered with markings that looked sort of tribal. Then I remember a little boy talking to me. He was of a different ethnicity than me, and he told me his name was Justin. He had the same markings on his back, and he said that he had come into contact with this puma as well. I feel like I have some deeper connection to this little boy, but I've never seen him before in my life. He also seemed a little sad. It is also interesting that after I woke up, all my back and neck problems had completely cleared up where the puma had been mauling me. I felt sort of creeped out for the rest of the day. Could I have been remembering something from a past life? Might this puma have been a spirit guide? Do guides ever appear to be violent? I'd love to know your thoughts on this.

Guides can appear to be violent in our dreams, but they aren't going to harm us in any way. I'm sorry yours frightened you, because when that happens to me, I get the same creepy feeling you had, and it usually lasts the whole day as well. This may sound silly, but try a warm drink before you go to sleep at night. My Guides seem to like it when I do that, so it's worth a shot.

Many times, dreaming of a large cat like a puma or mountain lion indicates that there is some very angry energy close to you. This is especially true with you because this animal attacked your neck. Since he didn't attack your throat, this is a situation with an angry person that you should be able to resolve quickly.

Try to remember what happened the day before you had that dream. Was someone in your life particularly pushy or aggressive towards you? Is there someone you want to avoid? Are you perhaps the one who is angry, and do you need to seek resolution to a problem that anger created?

One of your Guides has decided that you are in some kind of danger. While it may not be actual physical danger, it is SOME kind of danger to your self and/or your emotional well-being. Analyze your dream by asking your Guide to show you who or what it is that is emotionally stalking you, and who wants the worst for you.

Evidently the situation is escalating or your guide wouldn't be so aggressive in showing you what is going on. This Guide is relentless and will not stop marking you until you see what it is that you're being told. Concentrate on this. It is too important to let it go by.

You certainly could have been with Justin in a past life, but other things indicate to me that he was the same Guide as the puma. He came to you in the form of a little boy because as a puma, he wasn't getting through to you because that was too scary for you.

Often our Guides shape-shift to get through to us. Yours is trying to tell you something important about your job or the work that you do. Perhaps it's time for a total makeover in this area of your life. Evidently, from what you say about your dream, you've been contemplating this change for several months now.

Usually our Guides don't have to go to such extreme measures. Try to pay closer attention to what this Guide is telling you while you're awake. Since it's a good bet you won't be running into that puma on the street, look for Justin or a boy about his age.

Your guide might speak to you through a child, even a child who is a stranger. I'll never forget the three-year-old in the supermarket who diagnosed my thyroid disease. Even though I knew what she was doing, I ignored the message until I gained another forty pounds!

Spirit guides can sometimes appear violent but in reality, they're just using assertive or dramatic energy in order to lead us to healing. We carry certain ideas about some animals and the danger they can pose, so it's only natural to interpret our interactions with them as violent, aggressive or dangerous.

Your ability to tie the dream and its circumstances to the pain you were experiencing in your neck and back, and those conditions being healed once you awoke are strong indications that you were being aided by this puma even though its manner of attacking these problem areas may have seemed frightening.

Puma medicine is very powerful. Metaphysically, the puma is known for its stealth, steady gaze (offering one the ability to look deeply into the soul) and its ability to heal bones, mend torn ligaments, and provide therapeutic pain relief. Native Americans have used puma medicine to heal the physical body for centuries. In fact, this is one of the sources of the belief that cats of all types have nine lives.

The young boy in your dream who carried the same markings you discovered on your back after the puma attack represents another spirit guide who appeared to assure you that this process was safe and designed to benefit you.

The name Justin represents an empathetic and supportive person. The name Justin also embodies the part of oneself that thrives on a variety of activities such as singing, dancing, painting or the performance arts. His presence in your dream, along with the fact that he appeared to be sad, could be a reminder that an aspect of your life is being neglected.

You may find it enlightening to paint or sketch a picture of this little boy, the surroundings you were in, the markings on your back, and the puma. These aspects of your dream can be drawn individually or altogether as a scene. This artistic task is a wonderful way to uncover the deeper feelings and more soulful aspects of the dream, which could then reveal more to you.

Oftentimes our spirit guides have been with us in past lives, so this is also an aspect of the dream you'll want to investigate further. You can meditate on Justin's ethnicity and also research the areas of the world where pumas are generally found to narrow down the field of where this past life may have occurred. You may also want to consult a psychic who specializes in past lives to get a more detailed account.

The next time you find yourself in physical pain, you can meditate on the puma and even ask the puma to help you to see if this eliminates the trouble. This will also affirm the healing powers of this very special guide of yours, and perhaps enhance your relationship.