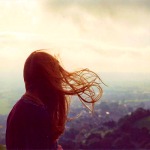 I recently saw a psychic who was pretty accurate. During the reading, she told me something that totally blew my mind, however, and I'm having a hard time sorting it out. She told me that I'm not really from this planet - that I'm from another star system, and this is my first incarnation on Earth. She said that I'm a walk-in who entered this body when I almost died as a small child. Well, you could have knocked me over with a feather! She said that this is why I have lots of psychic experiences and am interested in psychic and spiritual matters. This freaked me out so much that I went to another psychic and asked her about it, and she confirmed that it's true! Is this possible? Have you ever seen this before?

First of all, no one is from Earth; everyone is from a different planet. Now, some people have the belief that we all come from some other star system, and that is where our souls began. There is even some study that suggests our bodies are composed of the same materials stars are made from, which supposedly validates the idea that we originally came from the stars and/or other planets.

I have been told by a UFO and alien expert that my son is from another planet, and since he chose me as his mother in this life, I must be from there as well - wherever THERE is. I think that what you believe about this subject is what you believe.

Obviously our souls didn't start on planet Earth. We all know this, for we had to start SOMEWHERE. When they have to come up with a name for our Source, most people say we came from Heaven, but where is this Heaven place? Everyone looks UP when they refer to Heaven, so I don't think it's all that far-fetched to believe we all started on a planet that is out there somewhere.

I have also had experiences with people who say they are walk-ins. I won't speak against another reader's reading, so if you were told you are a walk-in and you believe that, then that is that.

For our readers who have no idea what we're talking about, a walk-in is a soul on the other side who doesn't want to go through the whole process of being a baby and growing up through childhood in order to experience human life. That soul would like to just jump into a body at a certain age and go from there.

When a person that is living on earth REALLY wants to die or leave this planet, sometimes that soul and the soul of the walk-in will make a deal. The soul will leave the body, and the walk-in will step into the body and take it over. When this happens, the body keeps on living but everything seems different.

So please, my dear readers, do not assume if you are changing completely that you are a walk-in. Also, when a person has a spiritual awakening, that person naturally becomes very interested in spiritual matters and paranormal phenomena.

Barb, the bottom line for you right now is that you are healthy, happy and whole. Am I correct? You like what is going on in your life, and you feel good about yourself.

I say sit back and enjoy the ride. Use your gut to gauge what is good for you versus what doesn't feel right. Know that if you are happy, you are in the flow.

I wish you continued growth and knowledge!

To recognize an alien so readily, those psychics you visited must be a lot more knowledgeable about alien phenomena than I am. I have interviewed people came from different star systems in THIS life, but I haven't seen many who have had past lives in other galaxies.

In thirty years of doing readings, I think I've only met two people who could say that they came from another planet or a galaxy far, far away, and that this was their first human incarnation, though I suppose it's possible that could be part of your own past life history.

Walk-in energy is usually very scattered and dramatic. It doesn't seem likely that any walk-in would seek someone with alien energy, for in general, walk-ins are lazy and don't want to make much effort in order to experience being human. So if you do have alien energy, it would be harder for a walk-in to feel at home on Earth in your body.

Instead of being a walk-in from another planet, you could have an entity trying to take you over, but again, those spirits generally try to pick an easy target - otherwise it's just too much trouble. Also, if you have a spirit trying to walk in and take over, that entity would strongly discourage you from getting one (let alone two!) psychic readings. Further, a psychic would have to be pretty clueless not to spot something like that right away.

Such an entity would certainly not want someone to know it was there, and after the psychic pointed it out to you, it would almost surely want to leave you. As a rule, no matter where they came from, attached entities do not like to be outed. People who have amnesia sometimes had walk-ins leave unexpectedly. (You know who and where you are.)

Has anyone ever suggested to you that you could be an Indigo or Crystal child? Many of those folks say that they come from other galaxies and star systems, so that could explain the psychics' feelings about you.

Most Indigo and Crystal children are born with their brains on such a different wavelength from their parents' and prior generations' that I could see how a psychic might mistake your personality for being alien. These children are born with an unusual sense of peace and love that many humans don't seem to have in their DNA.

Are you a more peace-loving person than most other people around you? Do you have a desire to change or save the world? Without knowing your age or exact birth information, I can't tell for sure, but from reading your question, I got from you an overall sense of peacefulness with life that most human beings have yet to develop.

If you are one of these children, then you have a big job ahead of you, and you need to get busy! I'm hoping to see some wonderful changes in the world during my own lifetime, so I wish you the very best of luck!