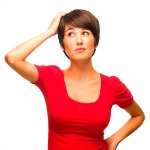 Three nights ago, I awoke at 1:30 a.m. and heard what I thought was my 17-month-old coughing over the baby monitor. I went in to check on him but found him snuggled in his blankets, head on his pillow, apparently sound asleep. I waited and he never coughed, so I went back to bed. Immediately the coughing began again, about every 30 seconds. Five times I got up and checked on him, and he never once moved out of his sleeping position and never coughed when I was in the room. Finally, I went back to bed and the coughing started back up. I woke my husband up and said, Honey, listen to Alec. His coughing won't stop. My husband heard him too, and then we heard Alec call Mama. Matt said, He's calling you. Go in there. Again I went into his room and he was sleeping heavily still. Puzzled, I happened to look up at the monitor and it was turned off! My jaw dropped. Frantic, I went back to my husband and told him the monitor was off. He said, You're kidding. Matt had turned it off earlier that morning when he got up with the boys to let me sleep in. He thought I had turned it back on. What were we hearing? Was it feedback from some other house? We still can't figure this out. The sound and coughing was REAL. I'm so glad I woke my husband up to hear it too. What do you think about this? Thank you.

What an exciting but puzzling experience for you and your husband. Of course, running back and forth to the baby's room, worrying all night wasn't fun, but the sounds you heard weren't coming from your baby.

Before offering you what I feel was happening, I should mention that it's possible that what you heard was an Angelic Being who is crazy in love with your baby. This is not something to fear, but it is something to watch. Let's face it, Alec is an adorable baby, and it's natural for him to draw more love and adoration than many other babies do. She has probably appeared to him on a number of other occasions, and since he's used to her now, she can coo and make other sounds to him without startling him.

While this is possible, I feel something else was going on in your case. This baby you heard is someone in your future, a child who wants to come to you. Often when someone reincarnates, the soul coming back to the Earth plane will be enlightened enough to choose his or her parents.

This baby was auditioning you and your husband for that role. She will probably come again and again until you're pregnant with her, and then these mysterious sounds will stop altogether. Once she gets here as a living human baby, you'll recognize her voice as the mysterious baby you heard on the monitor.

It's highly likely that she's been with you before and is part of your Karmic Family. Being born in human form is important to her in terms of her own goals as well as your well-being. When you and your husband were children, she may have been a spirit guide to one of you. As you grew up and formed a family, she changed and evolved into someone who wants to be one of your children.

No matter what her relationship was to you and/or your husband in a past life, this time around, she has lessons to give you as her parents. Your Karmic Family must be highly evolved because this doesn't happen all that often. This is very lucky, so you should welcome the opportunity to receive this divine blessing back into your lives.

If you and your husband aren't planning on having another baby, now is the time for the two of you to be extremely careful. The baby on the monitor you both heard was not your 17-month-old toddler. This is a child who is hoping to be born to you in the future. On the other hand, if you want to become pregnant again, now would be a super time to make that happen.

Baby monitors, receivers and other electrical sound devices can often store residual voices, so they can sometimes replay sounds that are actually coming from the past as well as what we might perceive to be the future.

I doubt that the sounds you heard were feedback coming from another house because instinctually, you recognized the coughing and cries as being your son's. The fact that both you and your husband heard the sounds emanating from the receiver affirms this.

This is a common occurrence in places that are believed to be haunted. After sweeping the home for EVP's with sensitive recorders, people will discover that they are hearing the same voice or conversation over and over, as if it has been trapped in time. If you have heard Alec cough over the monitor in the past, the device itself could have been repeating the incident.

Unless there are other unexplained incidents going on in your home, I don't believe that this is a sign of a haunting or other presence, so there is no need to worry about that. If you start hearing voices other than your son's coming through the receiver, that would be a different story.

It's interesting to note that the coughing ceased once you realized the monitor was off. Though you definitely heard your young son coughing and calling out to you, it's possible that what you heard was transmitted via the special psychic connection you possess with your child. Despite the appearance that he was sound asleep, he may have needed your attention or been experiencing a bad dream.

I had a similar experience with a friend many years ago. She lived a few blocks away at the time of this incident. I awoke in the middle of the night hearing her calling for help. I jumped out of bed and went outside where I had heard her cries but couldn't find her. When I spoke with her the next morning, we compared notes, and I discovered that she had been out at that exact time, and frightened because a man was following her. In her head, she was silently screaming for help, and I had heard her telepathically.

If this happens again, I recommend taking Alec back to bed with you so that he is nearby in case there is a problem during the night. Even if he appears to be sound asleep, you'll feel better if he is with you.