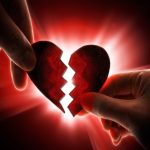 “Every time I thought I was being rejected from something good, I was actually being re-directed to something better.”

I have lost count of the number of times this has been true for me and I’m sure, if you take the time to think back, that you can relate to this too. The job that was so meant for us that we didn’t get, the love interest that broke our heart, the planned holiday that didn’t materialise…….on, and on, and on. Take another look at when this happened to you and think how different things would have been if they had happened as you’d wanted and planned. I’ll wager that things actually did turn out well for you and that you may even have given a silent prayer of thanks as you were re-directed to something or someone much, much better. So the next time you begin to rail against Fate when you didn’t get what you wanted, think about this and wait and see…..