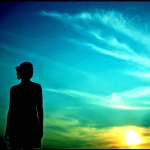 It all started when I was very young. For some reason, I was sure there was a land in the Atlantic Ocean called Atlantis. I can remember my mother telling me I was wrong and finally showing me on a map that there was no such place. From that experience I learned to stop talking about it, but I didn’t forget it. When I had time, I focused on prehistory and soon became convinced that devastating floods, earthquakes, volcanic eruptions, Ice Ages, comets, and asteroids destroyed advanced civilizations in the past.

Archaeologists today are beginning to recognize that in prehistory, brave people sailed across the Atlantic and Pacific Oceans. Between 50,000 and 10,000 BC, when an immense amount of water from the oceans was incorporated in the snow and ice of the glaciers, sea levels were hundreds of feet lower than they are today. Islands everywhere were much larger, and the fertile continental shelves were exposed and available for settlement. The Caribbean and Central America were desirable destinations for the intelligent inhabitants of unstable islands in the Pacific and Atlantic Oceans who were searching for a better place to live. Just as our ancestors built New York City, San Francisco, and Los Angeles on the coast, so skillful Ice Age people erected the walls and buildings scuba divers and explorers observe on these continental shelves today.

Requests for information about life in Lemuria in the Pacific Ocean, and my desire to focus on the Atlanteans who made their homes in the Caribbean area, inspired me to plunge into another book. My enthusiasm for the project grew as readers from all around the world sent me their strange dreams and vivid memories of what they believed were past experiences in Lemuria and Atlantis. A few provided information from far viewing or time travel.

Many pressed for logical confirmation of their intuitive experiences, and they all had questions. Where was Lemuria? When was it there? What were the people like? Was Atlantis in the Caribbean? Why did my obstetrician say that since I have O negative blood my ancestors might have come from Atlantis? Who or what were the “things?” How did Lemurians and Atlanteans use crystals for healing? Were all Atlanteans selfish and corrupt? Were there other nations at the time of Lemuria and Atlantis? What really happened to Lemuria and Atlantis? Is there any way to prevent our society from going the way of advanced civilizations in the past? Is anyone finding evidence of Lemuria and Atlantis now?

If I sought a solution to a question, as if by magic, one or more explanations appeared in a letter, a conversation, an email, or whatever book I was currently reading. When I needed more information about healing in Atlantis, so many healers with memories from Atlantis sent me emails and letters that I couldn’t use them all. When I began the chapter on extraterrestrials, I mysteriously received an email about the new UFO museum in Istanbul.

Mankind progresses in cycles, reaching certain heights and then, often due to a major natural catastrophe, mankind moves back to the beginning. Current cultures are following a potentially lethal path very similar to Lemuria and Atlantis as they proceed from a nature-oriented society to one that is industrial, materialistic, and destructive of the natural environment. The extensive amount of knowledge, past life memories, and vivid dreams I received from those who once lived in Lemuria and Atlantis indicate that, as Edgar Cayce foresaw, numerous current inhabitants of the Earth have returned from these previous civilizations. They are here for a variety of reasons, but many have come to assist us in avoiding the mistakes of the past.

Further potential help is available. An increasing number of children with unusual psychic abilities, who many believe are ancient souls from Lemuria and Atlantis, are appearing around the world. They are sometimes called Indigo children or Starseed children. Numerous reports describe these highly intelligent youngsters, whose wisdom will be capable of leading us into a new age of peace and love. Individuals who live close to nature, such as the shamans who talk to the ancestors, and talented people like Edgar Cayce who are capable of accessing information from the past, are further examples of guides who can show us the path that will help to restore harmony to the human race and insure the future long-term survival of humankind on planet Earth.