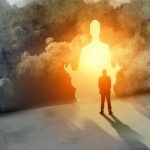 Throughout recorded history, and all around the planet, people have reported touching and dwelling in an enlightened state of consciousness. This very high state goes under many names, including enlightenment, cosmic consciousness, consciousness without an object, and at-one-ment. The journey to enlightenment also has many descriptions, including awakening, being reborn, liberation, and returning to the source.

Despite the differences in conceptualizations, mystics of all traditions discovered the same enlightened consciousness—and this mystical perspective is a central aspect of all the world's major religions. For Buddhists and Hindus, awakening is the primary purpose of human existence.

Over time and place there evolved many descriptions of enlightenment and practices to facilitate awakening; we are now at a unique time in history when we can finally put together all the pieces into a comprehensive and integrated understanding of enlightenment. Let us review what we now know.

Now, when one later thinks about an enlightenment experience, then the insight knowing is converted into personal level conceptual knowledge. This personal knowing depends on one's personality, which is influenced by their culture and language. Thus, a theistic person may think about the awakening experience as becoming one with God, while for a non-theistic person it might be a blending into pure consciousness. Similarly, enlightenment has been expressed in terms of religion, philosophy, mathematics, poetry, and music.

Many of the great teachers of awakening stressed that their descriptions of the enlightened state are grossly inadequate and not be taken literally, but rather taken inspirationally. In Zen, a popular example is a finger pointing at the moon. The finger is not to be focused on; it is pointing toward what is important.

Awakening consists of uncovering the enlightened level of consciousness, and this level is always already here and now.

There is no problem with having a personal level self; it is very functional. The issue is identifying with this personal self and believing that is all you really are. Awakening involves dis-identifying with this small self and moving into a larger conscious domain. A very common mistake is believing that one has to kill or undo this personal self in order to awaken. Such an approach is very harmful.

The personal level self should be honored and worked with so one's personal life is more effective and happy. Awakening includes dis-identifying with this self and understanding it from a broader perspective.

The biggest trap for people on a journey of awakening occurs when the personal level self converts the awakening into a self adventure. Now it is this small self doing things to add enlightenment to its credentials. This will never happen.

Putting together principles 3 (that everyone is always already enlightened) and 4 (that you will never be enlightened), we see there is nothing you can do to become enlightened. So what is one to do? This leads to a very important apparent paradox: you must utilize basic practices of awakening until you get to the point where you insightfully realize you did not have to do anything to be enlightened (though you had to do the practices to get to this knowledge).

The answer is: order one's life along moral and practical guidelines, quiet the mind, increase awareness, open the heart, and decrease attachments. I call these universal somato-psycho-spiritual practices because they improve physical health, psychological functioning and happiness, and spiritual awakening. (There are, of course, many other valid practices and paths.)

Thus, people who have little or no spiritual interests can use these practices to simply make their lives healthier, happier, and less stressful. Awakening will naturally occur as a by-product.

Exactly how to do some of these practices is described in detail in my recent book Taming the Drunken Monkey.

Occasionally, some people make a big jump in awakening, and some people come to dwell in the awakened state fairly permanently, but one should not become attached to such phenomena as goals.

Rather, one fully lives in the here and now, which includes spiritual practices. Then one gradually awakens at a pace that is optimal for one's own spiritual growth.