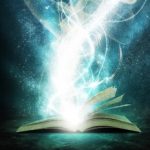 Meister Eckhart was a late-thirteenth- and early-fourteenth-century preacher and mystic, yet like Rumi and Hafiz, he remains relevant today. He speaks to so many and touches people’s hearts. In this short excerpt from his new book Meister Eckhart: A Mystic Warrior for Our Times, bestselling author Matthew Fox shares his insights “tasting God”.

One experiences the sublime, one tastes it, as in the psalmist’s song, “Taste and see the goodness of God.” The word “taste” in both Hebrew and Latin comes from the word for wisdom. Eckhart tells this story: “I was once asked why good people feel so happy with God and are so eager to serve Him. I replied by saying it was because they had tasted God, and it would be strange indeed if the soul that had once tasted and tried God could taste anything else.”

We begin the spiritual life with tasting, which is where wisdom begins also. Thus we can say that “awe is the beginning of wisdom,” and a life of wisdom is predicated on a tasting of awe and a celebrating of awe as our primary spiritual experience. A culture of wisdom would hold awe up as a primary value. Knowledge alone does not suffice, and inherited knowledge (yes, dogmas) can be especially dangerous. Heschel warns us: “It is impossible to be at ease and to repose on ideas which have turned into habits, on ‘canned’ theories in which our own or other people’s insights are preserved. We can never leave behind our concerns in the safe-deposit of opinions, nor delegate its force to others and so attain vicarious insights. We must keep our own amazement, our own eagerness alive.” We do not want to reduce our alive minds to a mere “series of cliches.”

Rabbi Heschel cautions that in our day and age, when knowledge is king, we need to be on guard, for “the immense preciousness of being…is not an object of analysis but a cause of wonder.” Indeed, he says, “Just to be is a blessing, just to live is holy.” Eckhart, too, waxes eloquent about beingness itself — indeed, he says being belongs properly to God alone and all creatures are participants in that Divine gift, for God is “isness” and “creation is the giving of being.”

Furthermore, “God is like nothing so much as being. To the extent that anything has being it resembles God.” Every creature loves its own being; even when “caterpillars fall from trees, they crawl high on a wall in order to preserve their being. So noble is being.” Even a soul being tortured in hell, Eckhart maintains, is so in love with its being, “which it has received directly from God,” that it “would still not wish not to be.” So precious is being.

All creatures have being in common, and from the perspective of being, no beings are superior or inferior. We are all one at that level. And we are all interconnected. Being allows life to happen. Eckhart writes, “God’s isness is my life. If my life is God’s isness, then God’s isness is my isness and God’s mode is my mode, neither more nor less.” Furthermore, joy follows, for “all that exists rejoices in its existence.”

There is an equality of being for “God loves all creatures equally and fills them with his being,” Eckhart writes. “And we should lovingly meet all creatures in the same way.” Here we have a foundation for a truly ecological view of the world. Heschel makes the same point when he observes that “within our wonder we become alive to our living in the great fellowship of all beings, we cease to regard things as opportunities to exploit.” To move into wonder and awe is to move beyond exploitation. It is to start life and culture all over again.

Matthew Fox is the author of over 30 books including The Hidden Spirituality of Men, Christian Mystics, and most recently Meister Eckhart. A preeminent scholar and popularizer of Western mysticism, he became an Episcopal priest after being expelled from the Catholic Church by Cardinal Ratzinger, who later became Pope Benedict XVI. You can visit him at matthewfox.org.

Excerpted from the book Meister Eckhart: A Mystic Warrior for Our Times ©2014 by Matthew Fox. Printed with permission of New World Library, Novato, CA. www.newworldlibrary.com