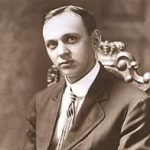 The story of Edgar Cayce's life is filled with examples of what this extra sense of communication is like.

His ability to give readings in the sleep state could be labeled ESP because he somehow knew information that he had never studied, and he could see people and places and events without using his physical sight. While asleep, he could answer questions on any topic or he could give descriptions of the individual and his or her surroundings, even though Cayce was in Virginia Beach and the person receiving the reading might be in New York City.

Because there are so many different types of extrasensory communication, researchers have broken down the term ESP into further categories to help explain what is taking place.

Telepathy is the ability to obtain information psychically by reading the mind of another person. For example, while Cayce was in Kentucky, he gave this reading for a man in New York: He saw the man smoking a cigar, heard him whistling a particular song, saw him meet with another man about a piece of property, and saw him look over three letters. Finally, the sleeping Cayce heard the man telephone another gentleman and knew the gentleman's name. All of these events were later verified. Cayce was able to see with this extra sense everything the man in New York had experienced firsthand with his normal senses.

In our own lives, one example of telepathy is when we suddenly start thinking about someone we haven't heard from in a long time and a short while later the phone rings and that person is on the line. Another category of ESP is clairvoyance, the ability to "see" information that no one else has. For example, suppose you shuffled a deck of cards and placed them face down, then went through the deck and tried to name each card (or at least to tell its color). If your percentage of correct guesses was far beyond what would be expected by random chance, it would be an example of clairvoyance. You would not need to be 100 percent accurate to demonstrate clairvoyance, just statistically (and consistently) greater than random chance.

On the other hand, if you tried the same experiment but had a friend look at each card and concentrate on it before you guessed, this would be an example of telepathy. Looking at one instance from the Cayce readings, we find the case of a person who was in Ohio while Cayce was in Virginia Beach. During the reading, Cayce correctly gave the person's body temperature. Now, if the attending doctor in Ohio had known the patient's temperature before Cayce's reading was given, then this would be an example of telepathy, since Cayce could have read the doctor's mind. But if the doctor hadn't known the temperature until after Cayce's psychic reading, it would be an example of clairvoyance.