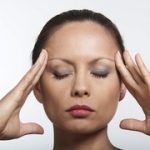 The third category of ESP is precognition, the ability to view events before they happen. Many of us have had the experience called deja vu; for example: you might be having a conversation with a friend and, all at once, be absolutely positive that you've had the exact conversation before. You may even know what your friend is going to say next.

The Cayce readings suggest that one explanation for this phenomenon is that our dreams often foreshadow future events. Such precognitive dreams may be forgotten and only dimly felt at those times as deja vu experiences. There are countless examples of precognition in the files of the Cayce material. In many readings for children, Cayce foresaw what they would be like as adults, even going so far as to describe hidden talents and occupational decisions.

There are also other examples of this precognitive ability. When completing a reading for one woman in New York, Cayce suddenly started giving a reading for a woman in Missouri, although no one had solicited it. Her request for help, dated the day after he had volunteered the information, did not arrive until after his response had already been mailed. Cayce also predicted the stock market crash more than six months before it occurred and foresaw the outbreak of World War II. He knew that he would die before his two sons returned home from overseas.

Although some have called Cayce a "prophet," he himself made no such claims. In fact, in one reading, he described himself as a "lowly, weak, unworthy channel". He rarely made any predictions about worldwide events, mostly because these kinds of predictions are subject to countless outside influences. For example, when psychics try to predict the future, all they can actually do is foretell a possible future based on current happenings. If events continue to occur the same course-if people's attitudes, lifestyles, and world conditions remain the same-then psychics can "see" what the result will be. However, the readings make it quite clear that each of us has the gift of free will. If enough people use their free will and change what they are currently doing, this in turn will have dramatic effects on the future.

In the Bible, Jonah went to the evil city of Nineveh to tell the people about the destruction that was about to come upon them. However, the people of the city repented of their evil ways. With their free will, they changed their lives and, as a result, their city was saved. The ability of precognition, then, is subject to many more influences than either telepathy or clairvoyance.