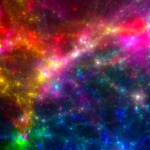 I have a fascination for how stuff works, and this has come through in my books and blogs. Well, let me share with you a wee cluster of four amazing synchronicities that have recently occurred in my life or that of my close family or friends.

1) Connection on a Flight from Canada

A lady in shop said a friend of Elizabeth’s looks a bit like the singer Lulu. Later that day, when her friend was at work, a song by Lulu came on the radio. At that moment, she looked out of the window and the lady who said she looked like Lulu walked past.

Elizabeth’s Dad was driving to watch his beloved Dundee football club play a league match. He car shares with a friend. The friend handed Peter a box of fresh eggs laid by his hens. He said one of his new hens wasn’t fitting in and was upsetting the others. He asked if perhaps Elizabeth would like a hen. At that moment, a car overtook and pulled in front of them. The registration was ‘A Hen.’

4) Just can’t get enough of Lulu

Elizabeth and I were discussing these synchronicities while watching ‘You’ve Been Framed,’ the comedy show where people send in funny moments caught on camera. This is when Elizabeth told me about the Lulu story. Just as she finished sharing it, the presenter of the show, Harry Hill, started talking about Lulu.

Well, being me, I can’t just smile these away. I just have to understand things like this. I can’t help it. It’s a disease. 🙂

First of all, I absolutely never write these kinds of things off as random events. Everyone and everything is interconnected and seemingly strange things occasionally occur as invisible connections draw people and circumstances together in often surprising ways that might seem against the odds.

Here’s what I think: Physical matter clumps together. I guess that’s one way of thinking about the human body. Subatomic particles cluster into atoms; atoms cluster into molecules; molecules cluster into life; people cluster into families, towns, cities, and social networks; planets cluster into solar systems; stars into galaxies; and galaxies into galactic clusters. The same pattern seems to repeat itself.

The view from an airplane on a clear night shows us clusters of lights and little threads of light connecting them as we see the lights from towns and cities linked by roads. Placing this image side-by-side with an image of a galactic cluster (and even human brain networks), reveals the same kind of pattern.

Clusters of  ‘stuff’ connected to other stuff is the way of things. Why should it be any different in human life? It’s certainly the same if you draw a social network; the pattern is there again. People cluster together and some bridge the clusters into other clusters, just like the connections between towns, galaxies, and brain cells.

The pattern of clusters connected to other clusters repeating on different scales is called a fractal, from the Latin fractus, meaning ‘broken.’

What if there are patterns in our own consciousness – deep in our unconscious minds – so that we draw ourselves together in seemingly strange ways, and even draw events to ourselves? And as we’re all connected, we unconsciously make sure that we time things just right.

That’s the way I look at things. It can facilitate the strangest experiences. I was in New York City a few years ago. I’d been speaking at the ‘You Can Heal Your Life’ conference at the Javits Centre where, funnily enough, I’d briefly spoken about interconnections. Next day, Elizabeth and I had a conversation about Joan Rivers. About an hour or so later, we literally bumped into her on the streets of New York, which is not exactly a small place with a tiny population!

Some people are clustered together so that we feel more connected to some people than others. Fractals occur in time too. So there are people whom you are strongly connected to whom you’ve not met yet, but the chances are you’ll make all the right choices, and so will they, so that you will come into each other’s lives, where you’ll remain there for a ‘reason, a season, or a lifetime.’ The force of these connections can be strong, I believe, so that the effect is like a whirlpool in a river pulling your boat towards it. Chances are, wherever you paddle, you’ll end up there!

So I think there’s more to life than we’d ordinarily think, and there’s more going on beneath the surface of events than we’d imagine. Pay attention to the synchronicities in your life. They might reveal something about what’s going on in your mind, or they may be pointing the way to something (or someone) that’s just around the corner. Hey, maybe I’m about to meet Lulu!